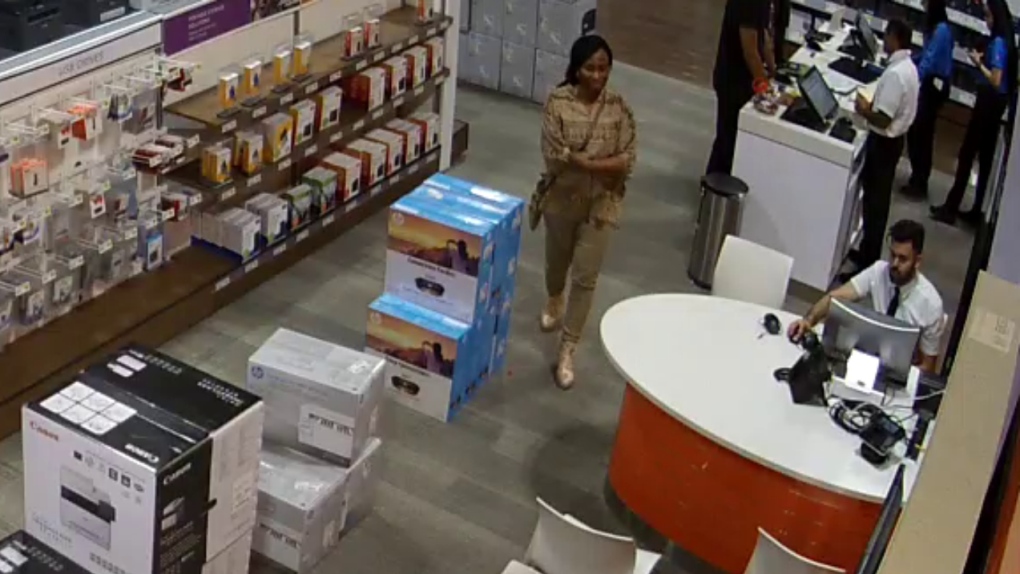 Police say the woman told them that her mail was being forwarded without her knowledge.

Investigators say they discovered that a credit card in the victim’s name was used by someone to buy thousands of dollars’ worth of electronics at a Best Buy in Surrey, British Columbia.

Police released a surveillance image of the suspect who they believe may have ties to the Langley and Surrey areas in B.C.

Police are asking anyone who may have information to contact them or Crime Stoppers to leave an anonymous tip.