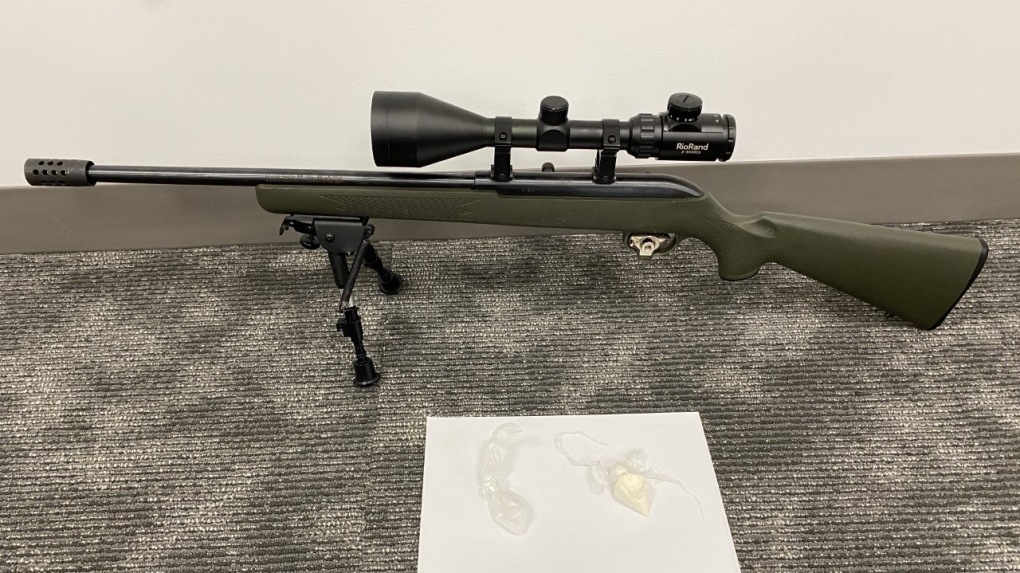 A driver faces multiple charges after police say they found drugs, a semi-automatic gun and open alcohol inside a vehicle during a traffic stop in Barrie.

According to police, the 31-year-old woman was driving a vehicle that was missing its licence plates without consent from the owner in the area of Park and High streets on Sunday.

Police say the woman was arrested, and officers discovered she was wanted by Huronia West OPP and Barrie police for two outstanding bench warrants.

Barrie police allege a search of the vehicle turned up cocaine, methamphetamine, and an unloaded semi-automatic rifle that they say was resting on the passenger seat.

Police say there was also an open bottle of wine and an unsealed bottle of scotch whiskey that were "readily available to the driver."