Woman, 70, airlifted in serious condition after car collides with transport truck in Huntsville 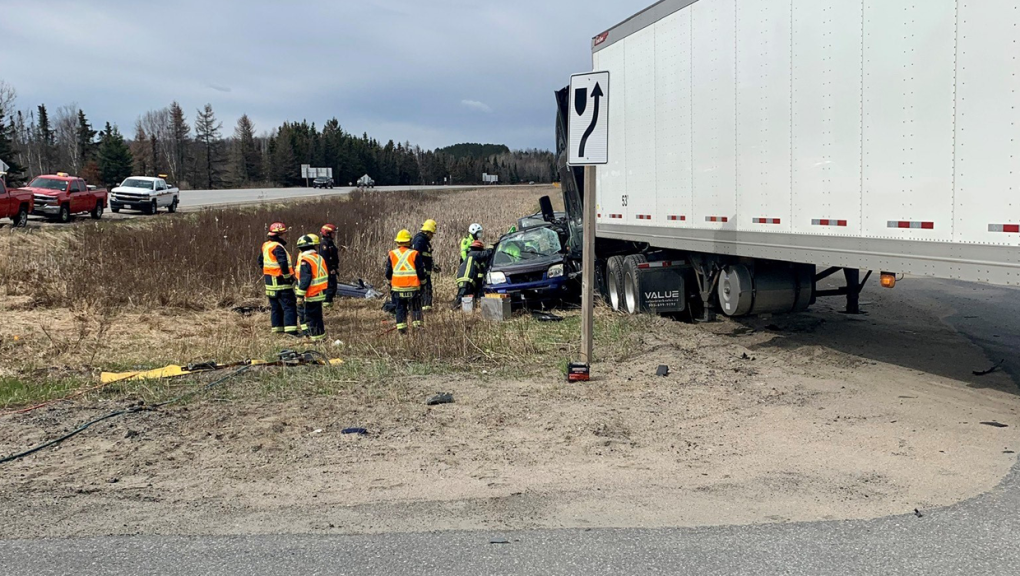 A car and transport truck collide along Highway 11 in Huntsville on Thurs., May 7, 2020. (Supplied)

BARRIE -- A morning crash in Huntsville on Thursday has left a 70-year-old woman in serious condition in a Toronto hospital.

The crash happened at 9:40 a.m. in the southbound lanes of Highway 11 near Lindgren Road.

Police say the crash involved a car and a transport truck.

Smashed glass and twisted metal are what remains of the small blue car when the vehicles came to rest after the collision.

Police say a 65-year-old man also in the car was also taken to a local hospital with injuries that are not considered life-threatening.

Traffic Collision Investigators are looking into the circumstances that led to the crash.