Will Roxodus ticket holders ever see a refund?

One day after the abrupt cancellation of Roxodus, the music festival's website, which now consists of a one-paragraph statement, was altered to remove any mention of a refund for ticket holders. 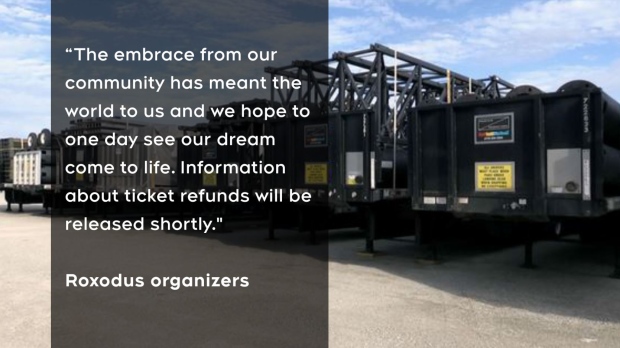 Thousands of ticketholders took to social media on Wednesday after the cancellation of the four-day music event, demanding information about refunds.

Today, the website shows no mention of where or how people can get their hands on their money. 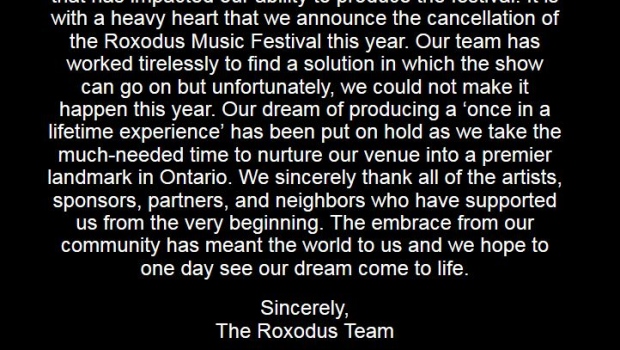 Several ticket holders say they made attempts to contact organizers with Roxodus to no avail.  Some ticket holders posted to social media that they were reimbursed after contacting their credit card company.

Yesterday, CTV News learned that an OPP investigation was launched late last week after a complaint was made against a former MF Live Inc. employee. MF Live Inc. is the company behind the defunct Roxodus festival. It isn't confirmed if this police probe has anything to do with the music festival being called off. The OPP would also not confirm the name of the former employee under investigation.

Just last week, Mike Dunphy of MF Live Inc. told reporters that more than 20,000 tickets had been sold for the event. Organizers had previously said they hoped to bring in close to 40,000 rock fans, but there were hints that perhaps things weren't going as planned.

Clearview Township Mayor, Doug Measures, said all the approvals and permits were in place, but that he had become concerned when work was at a standstill at the Edenvale Aerodrome. "Over the weekend I had some indication that there was a problem," he tells CTV News. "I observed the site as I drove by and saw that there was very little activity going on, knowing full well that there was an event happening in just nine days."

Tickets ranged in price from $129 to $700 for the four-day event, plus camping.  Ticket holders also had the opportunity to load up their wristbands with money for the cashless event, wristbands that are now virtually useless. 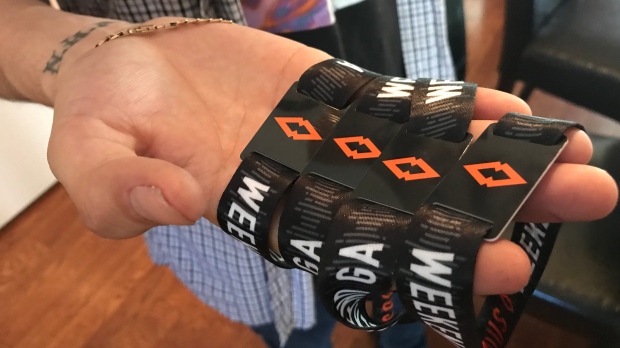 Vendors also spent thousands of dollars in 'rent' money, hydro and water fees to secure a position on the grounds of the music festival. One vendor tells CTV News he has received no information about whether he will be able to recuperate his money and says multiple emails to the festival's vendor experience manager, Jackie Agnew, have gone unanswered.

A second vendor, Terry Woods, who runs a bagged-candy business, tells CTV News he was shocked by the cancellation.

"I've been doing this for 18 years. We've had festivals that had to close down in the middle, usually because of weather and lightning, before I've never had one this size ever have to just stop."

Woods says he is already seeking legal counsel to launch a class action lawsuit against the organizers of the event.  "The consensus now is to see how many other vendors we can get together, and see what the next announcement from Roxodus is," Woods says.

Organizers claimed the event was cancelled due to the heavy rains through the spring in Clearview Township.