BARRIE, ONT. -- Sitting in his wheelchair with his mask on, Will Dwyer pumps his fists in the air proclaiming he's ready to take on another million-dollar milestone.

The Barrie man made international headlines last year after raising one-million-dollars for The Terry Fox Foundation and cancer research.

Dwyer, now 95, is proud to call himself a prostate cancer survivor. "It's a bad disease, so I would like to see everybody dip in and make a donation." 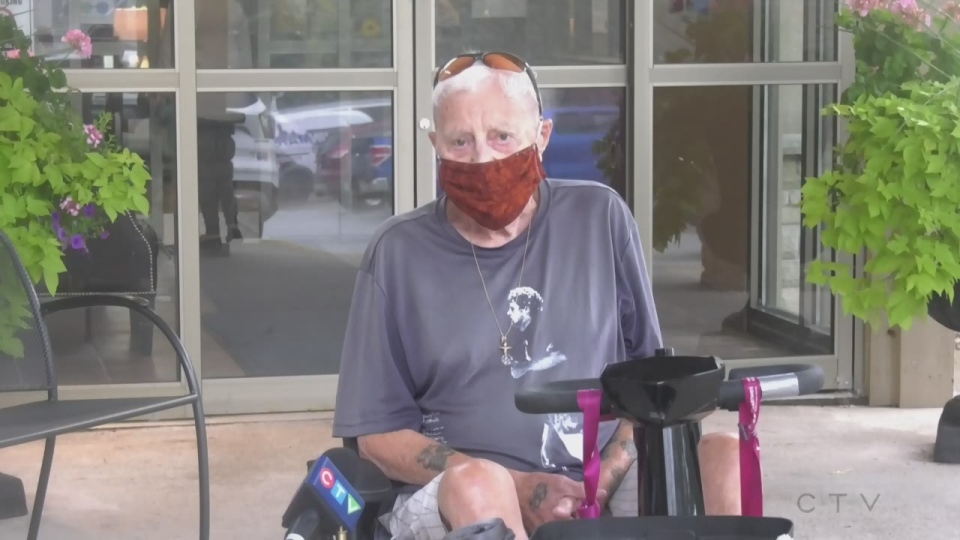 Reaching one-million-dollars will be challenging this year, but Dwyer, with the help of his son, hasn't let the pandemic deter him, having already raised $95,000.

The Canadian Cancer Society predicts an 80 to 100-million-dollar drop in donations. It reports that more than 200,000 Canadians are diagnosed with some form of cancer every year.

"Seventy-five per cent of people survive their cancer diagnosis thanks to research, thanks to fundraising," said Aaron Lutes, executive director at Gildas Club Simcoe Muskoka.

Dwyer will be at the Farmers Market on Saturday with his money jar ready to collect. He plans to be there every weekend for those ready to donate.