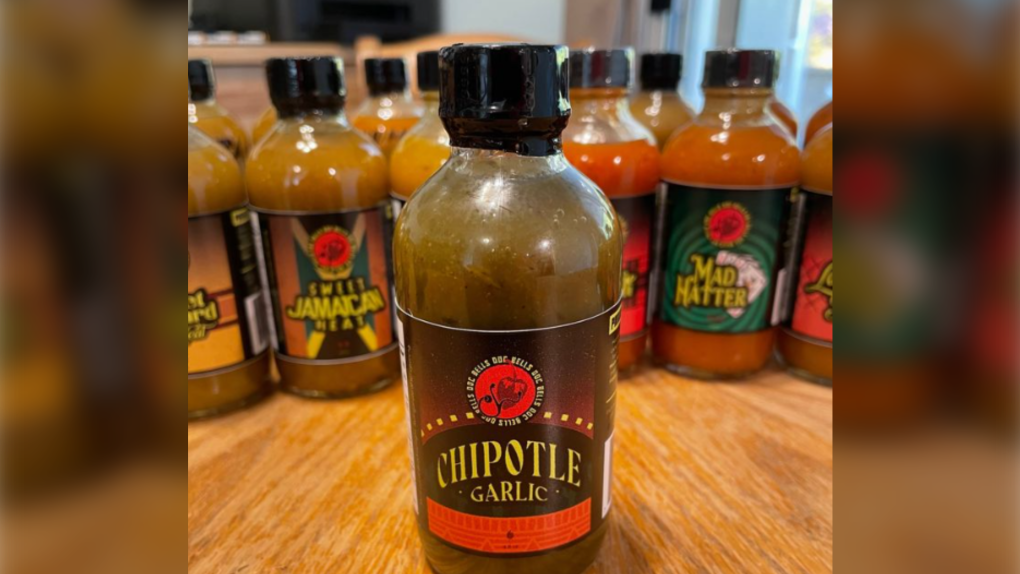 After years of being a guest at the Royal Agricultural Winter Fair, first-time participant Shawn Bell took home a first place prize.

"It's a little surreal, to be sure," said Wasaga Beach's Bell after the win.

Bell said he has fond memories of the winter fair since he attended as a child with his late father and older sister.

He's been creating hot savoury sauces since he first tried a Trinidadian blend almost 20 years ago.

While he found the Caribbean sauce too hot, he decided to attempt a sauce more in tune with his own heat tolerance.

"Something that was tasty first and hot second, and that dissipated quickly. It took over two years and several batches, but about 16 years ago, I got it the way I wanted it and have been making it the same way since," he said.

"There's not many of us in the area, but I do specialize in sweet heats. I use fruit and sweet peppers to naturally sweeten my products versus adding sugar to get the same desired result," he said.

Bell said he was looking for a new gig after his position as a vacation property manager dried up during the last COVID-19 lockdown, and friends insisted his hot sauces were the way to go.

Bell began selling his product in April at farmers' markets.

Winning first place at the Royal Agricultural Winter Fair has spurred him on to create more varieties of sauces.

opinion | Before you do your taxes, take note of these tax credits and deductions you may not have known about