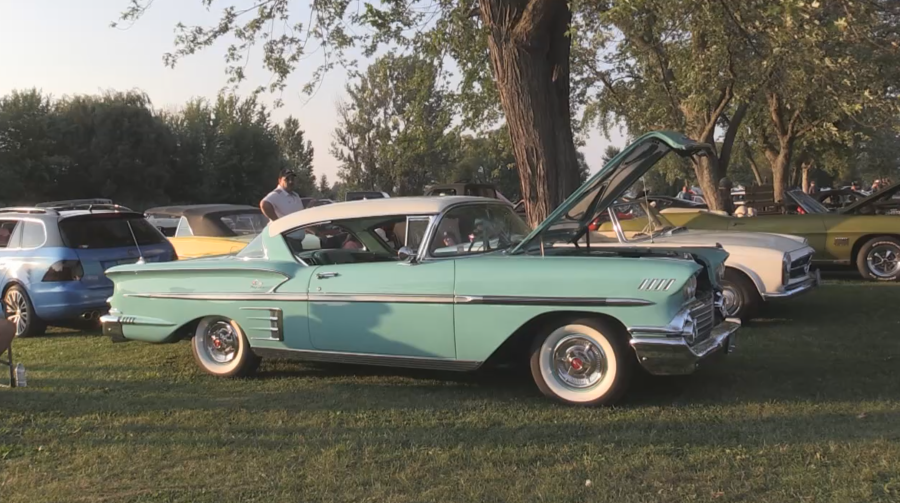 Car enthusiasts in Innisfil are continuing to draw eyeballs along the town's waterfront as a summer tradition continues.

The Innisfil Beach Cruisers Car Club meets every Thursday afternoon at Innisfil Beach. Up to 125 vintage vehicles are displayed weekly, with organizers saying the cars are often different every time.

"It brings people together in a good way, and we have a lot of walking traffic around here, and it brings the community together as well," says Linda Newton, the club's president.

Newton says the gatherings are obviously most popular amongst car enthusiasts, but the club works toward creating a truly family-friendly dynamic.

"We have a lot of people that just want to be with other people and show their cars off, and it's more a family event. We are a very close group," she says."

One of the club's main goals is fundraising for the local community. Its currently raising money for an accessibility park but has raised thousands for various local charities over its 12 years.

"We're very community-based. We normally do large fundraisers especially for the food bank," Newton says. "We like to help others. We've helped Youth Haven, the hospital, Hospice Simcoe; we choose local things and try to help the people of Simcoe."

The group will continue to meet until September.