Vehicle towed away after driver charged for speeding more than 2x limit: OPP

Vehicle towed away after driver charged for speeding more than 2x limit: OPP 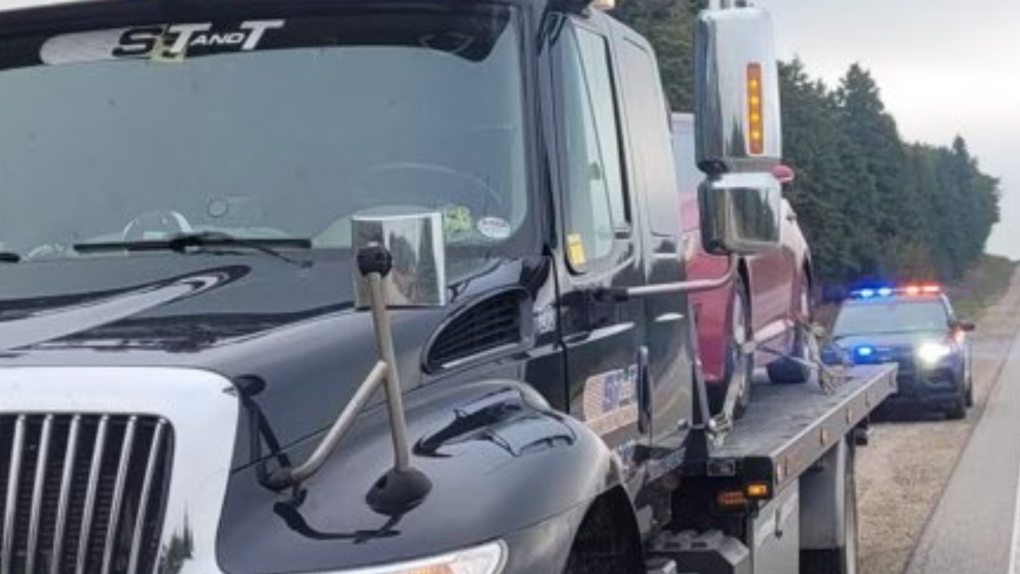 An OPP officer and tow truck with a car loaded on the flatbed in Dufferin County on Fri., Sept. 16, 2022 (OPP_CR/Twitter)

An officer in Dufferin County called a tow truck to haul a vehicle to an impound yard after charging the motorist with stunt driving Friday morning.

An OPP officer allegedly clocked the driver travelling more than double the posted limit on Highway 89 in Melancthon.

The 50-year-old man's licence was also immediately suspended for the offence.

In Ontario, drivers caught travelling 50km/h or more over the limit in an 80km/h or higher zone face stunt driving charges that come with an immediate 30-day licence suspension and a 14-day vehicle impoundment at the owner's expense.

"Speeding continues to be a major factor in the most serious collisions. Dufferin OPP traffic officers work hard to keep Dufferin County roads safe to travel on," police noted.

Hurricane Ian knocked out power across all of Cuba and devastated some of the country's most important tobacco farms Tuesday when it slammed into the island's western tip as a major hurricane.