Vehicle in Barrie stopped for 'improper muffler and unnecessary noise'

Vehicle in Barrie stopped for 'improper muffler and unnecessary noise' 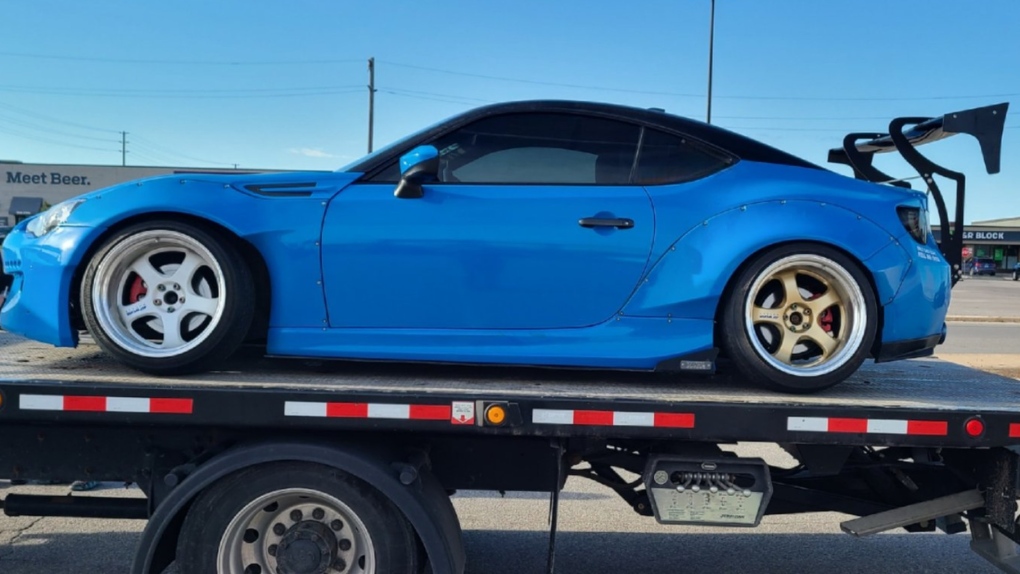 Provincial police had a vehicle in Barrie towed to the impound yard with several infractions, OPP says.

Police say the vehicle was pulled over because it was missing licence plates, had improperly installed tires, window tinting obscuring the interior, had an improper muffler and was unnecessarily noisy.

"Save yourself the hassle and just drive legal," OPP stated in a post online.

The 21-year-old driver from Cobalt faces charges, including for having an unsafe vehicle.

Police in Barrie have recently been targeting loud and modified vehicles with a new enforcement initiative.

Last week, police said officers laid 17 charges in one day, including five for vehicles with no mufflers, six for improper mufflers, and six for unnecessary noise.

Better protections and options for consumers are just some of the ways Ottawa can help address food unaffordability in Canada, the lead author behind a new price report says, as average grocery bills are expected to rise in the new year.

Ontario education support workers have voted to accept a new deal with the provincial government, putting an end to a long and contentious negotiation process.

The Canadian government appears on the verge of bringing home some 40 Canadian women and children held under terrible conditions in a Syrian detention camp.

Food prices in Canada will continue to escalate in the new year, with grocery costs forecast to rise up to seven per cent in 2023, new research predicts.

Ukrainian officials reported a new barrage of Russian missile strikes across the country Monday, an attack that was anticipated as Russia seeks to disable Ukraine's energy supplies and infrastructure with the approach of winter.