The Downtown Barrie BIA hopes a splash of colour will brighten the city's core.

The finishing touches are being made on a new mural along Maple Avenue in the west end of downtown, featuring hundreds of hearts that together form a few bright red strawberries.

"Strawberries are the very first fruit that flowers in the summer, and so they are quite a sign of hope and renewal, and I think that's so important at this particular moment in time for all of us as well as for downtown Barrie," says Bareket Kezwer, a multi-disciplinary artist behind the new mural. 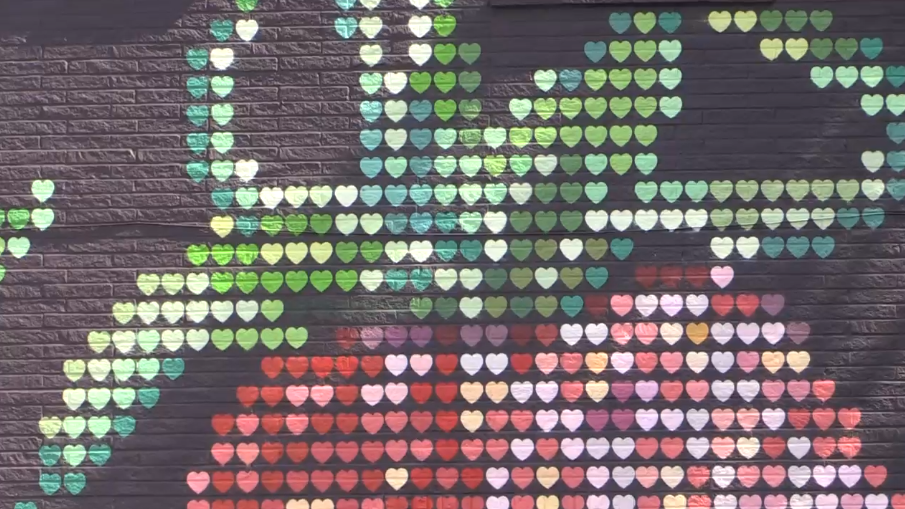 Kezwer started the painting on July 6, hoping the mural would send the message that repeated small actions can have a significant positive impact.

"I'm hoping very much that mural will bring people in downtown Barrie together around this message of both love and belonging and finding meaning in community and finding strength in community," says Kezwer.

The mural is one of many planned by the Downtown Barrie BIA to breathe new life into the city's core. The locations are specifically picked depending on the artist's vision.

"The west end of downtown especially does need a little more love, so we hope to literally bring that over this way," says Sarah Jensen, the chair of Barrie's Downtown BIA. "As well, there's going to be the future Farmers' Market moving into where the bus terminal is now, and so the strawberries help tie it into that and then when you are driving towards the Farmers' Market, you see it as well." 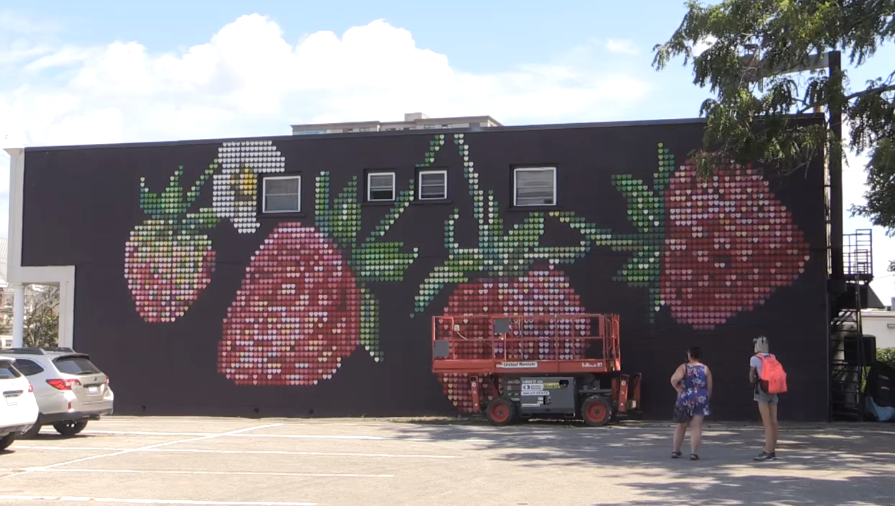 The murals are part of the BIA's efforts to brighten up downtown. It teamed up with Pratt Homes on a partnership called Art Builds Communities and has received a few grants to bring the projects to life.

"The mural is just really a part of sort of the bigger vision we have getting people creating and connecting downtown," says Jensen. "So often with Open Air Dunlop, we've been doing different art activities every Saturday, encouraging people to come down and interact with the downtown and help take ownership of it as well."

An official celebration for the new strawberry mural will be held on Sept. 10.