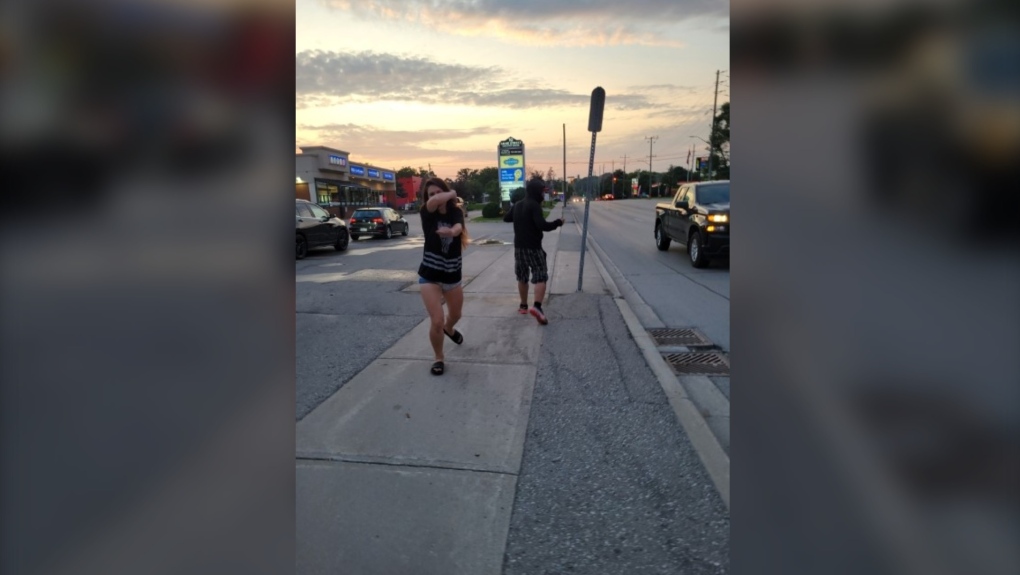 Two suspects are wanted for alleged assaults in Barrie on July 17 (Courtesy of @BarriePolice)
BARRIE, ONT. -

Barrie Police are searching for two suspects wanted for allegedly assaulting a number of people in the city last month.

Police say the altercation took place with the first victim over a difference of opinion. A second victim intervened and was almost pushed into traffic.

Anyone who can identify either of these suspects are encouraged to reach out to police.

Can you identify either of these two people? They are wanted for assaulting a number of people on Anne St., south of Dunlop St. on July 17, 2021 just before 9:00pm. If you can help, please email #BarriePolice Constable Benoit at abenoit@barriepolice.ca pic.twitter.com/Vt6suxZjrd