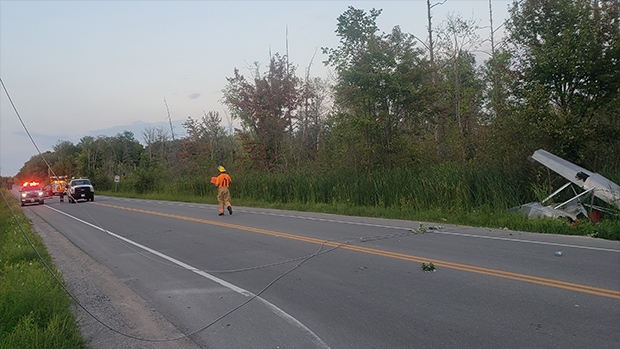 Two people were lucky to escape a plane crash in Kawartha Lakes with only minor injuries.

The pilot and a passenger were on board the plane when it crashed on Friday near the intersection of Kawartha Lakes Road 24 and Scotch Line Road.

Police say the pair were taken to hospital, treated and released.

The road was closed for several hours while hydro workers repaired damaged wires.

The Joint Rescue Coordination Centre, Transport Canada and the Ministry of the Environment were notified of the incident.