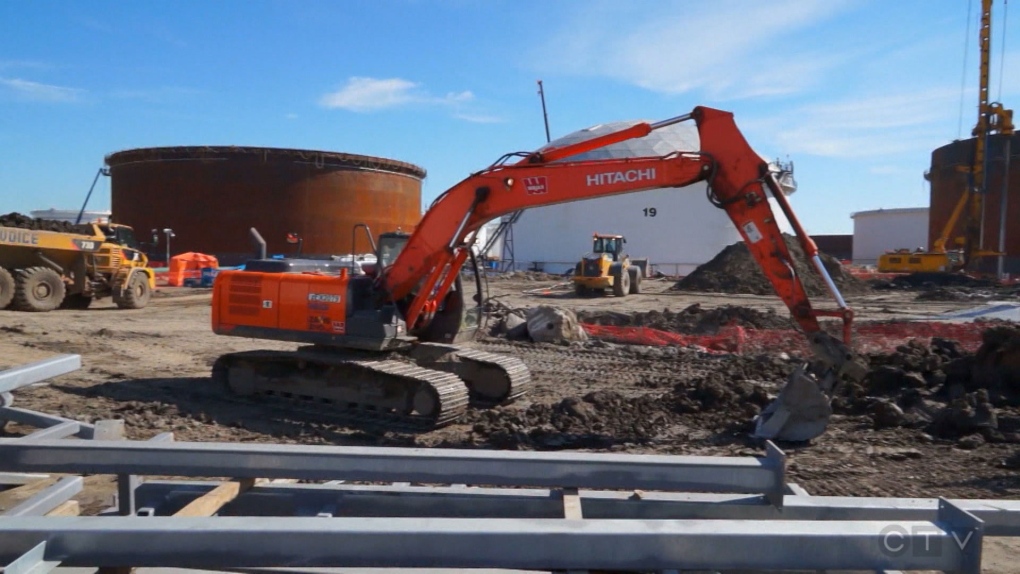 The prime minister has taken to social media to accuse opponents of "stoking national divisions" through their reactions to TransCanada's decision to cancel its Energy East Pipeline plans.

Justin Trudeau says in a Facebook post Saturday that critics who attribute the proposed project's cancellation to government regulation "ignores the obvious."

"Aside from its being intellectually dishonest, the reflexive stoking of regional tensions is a political dead end. The Conservative party, formerly the Reform Party, trod that road in its infancy. It was a road better left abandoned," Trudeau stated in the post.

Trudeau also pointed out that when Energy East was first proposed, the global supply of crude was relatively tight.

He ended the post with a warning that festering regional tensions bound the country in "paralyzing unity debates" from the 1970s through the 1990s.

"Let's not go backwards, simply because speaking from anger is an easy response to disappointing news," Trudeau said.

Conservative M-P Michelle Rempel, who represents a Calgary riding, responded that if there are regional divisions that arise from government policy, Trudeau must take the blame.

"I've watched them go the wall for Bombardier, yet my province has been suffering for two years now and there's been very little focus in doing anything for it," Rempel said in an interview Saturday.

The pipeline would have carried western crude from the Alberta oilsands to the Irving Oil refinery in Saint John, NB, as well as an export terminal, but TransCanada cancelled it Thursday, citing changed circumstances.

TransCanada said in a letter to the National Energy Board that it was abandoning the project because of the board's decision to allow hearings to consider greenhouse gas emissions from producing and processing the oil it transports in the pipeline.

The premiers of Alberta and New Brunswick have expressed disappointment, while Quebec politicians, along with Indigenous and environmental groups, welcome the project's demise.

Trudeau noted Saturday that his government has approved two major oil export pipelines that are under now under construction, and that a third is expected to move forward soon. He said Canadians "deserve better than a discussion in which leaders leap to capitalize on perceived regional slights, regardless of context or facts."

"We don't get far -- we never have gotten far -- by pitting one region against another, or one group against another. We succeed when we work together, as Canadians. And that absolutely requires a give and take," Trudeau said in the post.

The Conservatives have said TransCanada's decision to cancel the project is the result of what they call "disastrous" Liberal energy policy.

Rempel said that when she in the previous Conservative government, former prime minister Stephen Harper urged ministers to make sure their policy decisions were always in the best interest of the entire country.

Some industry analysts have questioned the need for the Energy East project after other pipelines were green-lighted, such as TransCanada's Keystone XL project, which received U.S. approval to transport oil from Alberta to the U.S. Gulf Coast.

But the Canadian Association of Petroleum Producers said all the pipelines are needed, predicting in June that national oil production will climb by 33 per cent by 2030.