Truck rolls across street crashing into historic building in Penetanguishene 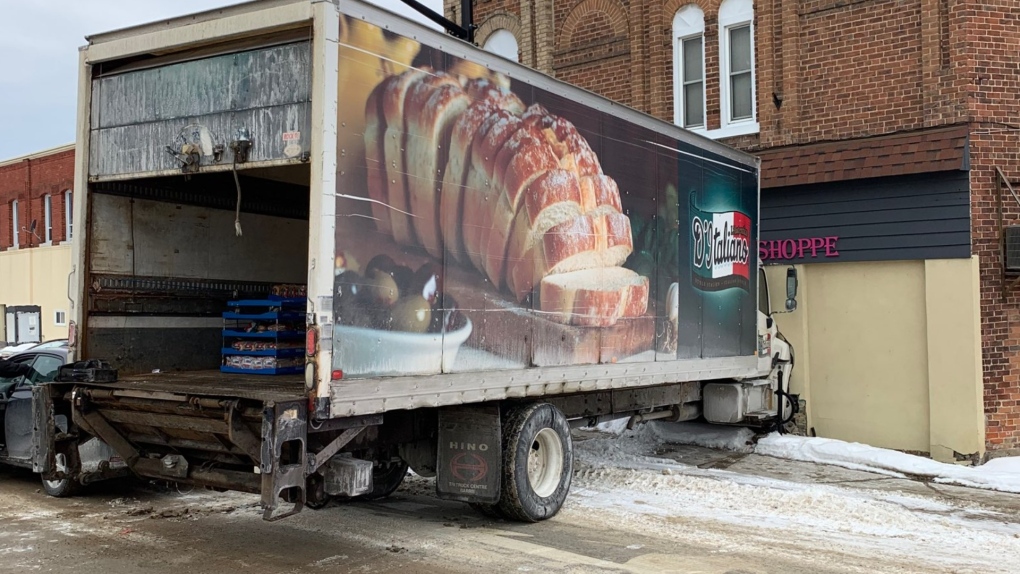 Police say there were no injuries when a truck struck a historic building in Penetanguishene Wednesday morning.

OPP Const. Aaron Coulter said the truck was in a convenience store parking at Main Street and Robert Street East when it "rolled from the parking lot, struck a car at the intersection at the red light, then struck the building."

Police say the impact caused "major damage" to Arbour's Flower Shoppe, which had to be closed, it posted to its Facebook page.

Two apartments also had to be evacuated.

Police are investigating whether the truck had a mechanical malfunction or not.

Officers closed Main and Robert streets for the investigation.  It has since reopened.

They have not laid any charges at this point.