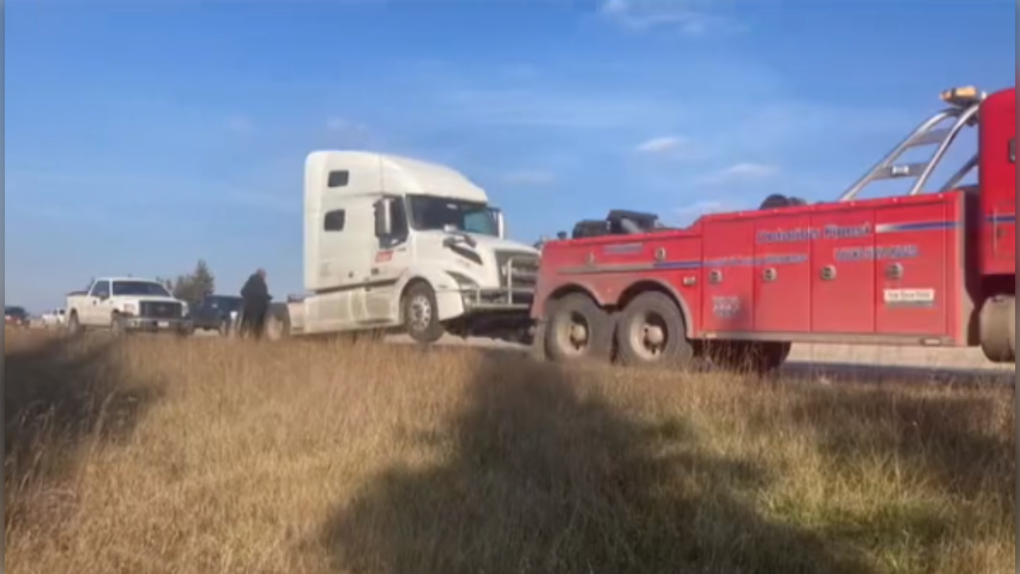 In a Twitter post on Wednesday, police said the truck was pulled over in the southbound lanes near Highway 88.

Police posted a picture of two bottles of alcohol set on a police cruiser. 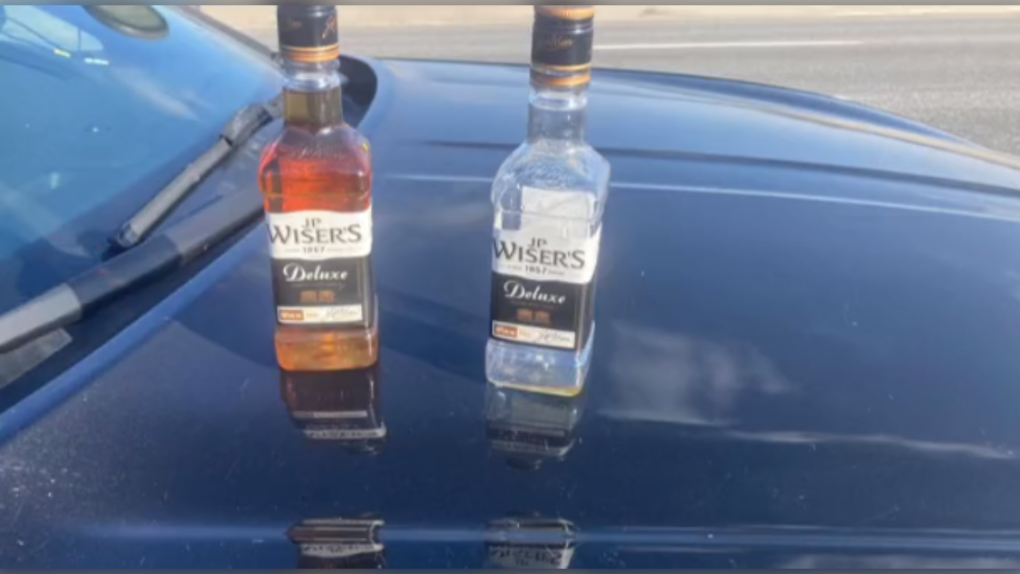 A heavy equipment tow truck hauled the transport to an impound yard.

The province reports that alcohol-impaired driving is the leading cause of road deaths.