Transport truck driver charged with impaired on Highway 400 in Bradford 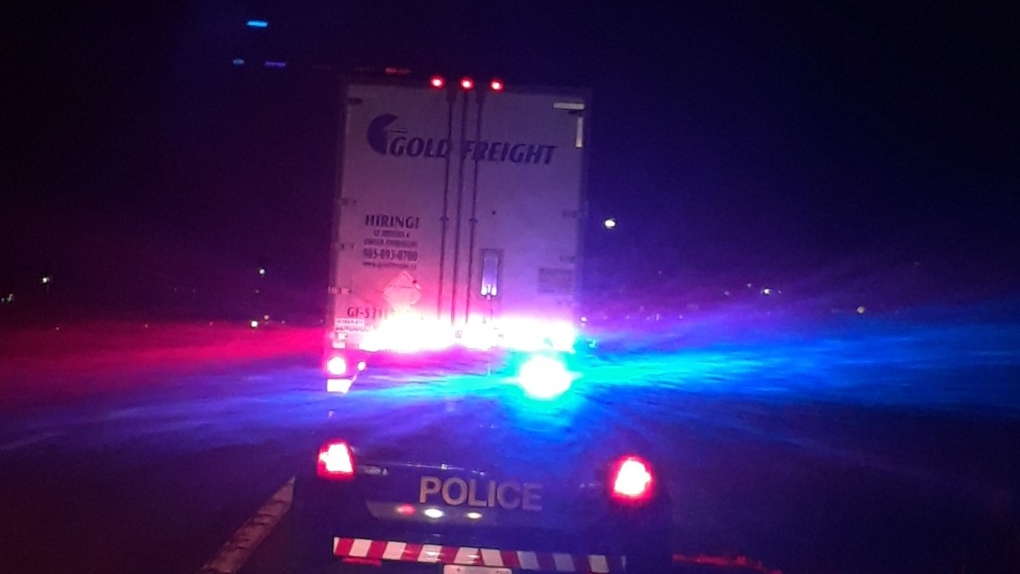 Police stop a transport truck on Highway 400 near CR 88 in Bradford, Ont. (OPP_CR/Twitter)

A transport truck driver faces charges after being stopped along Highway 400 south of Barrie following a concerned call to police.

Aurora OPP officers pulled the big rig over near County Road 88 in Bradford.

Police say the driver was arrested after allegedly blowing over double the legal alcohol limit.

They charged the driver with impaired-related offences.

Police say the "fully loaded" transport was immediately sent to the impound yard.

The truck driver was slapped with an automatic 90-day licence suspension.