Town of Midland adds more murals to its growing collection 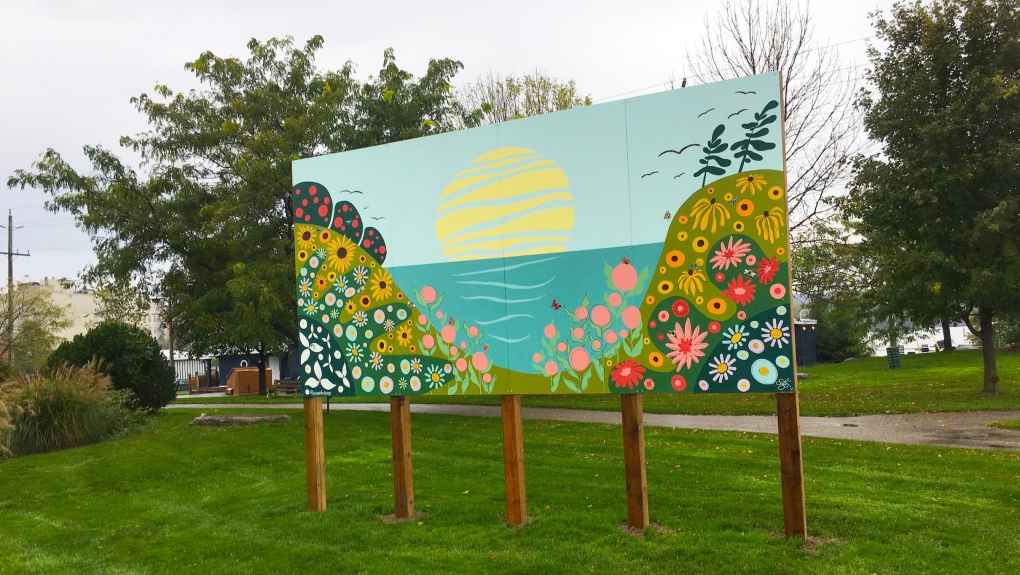 The Town of Midland is adding to its collection with the first of two bee city murals., on Thursday, October 22 (Courtesy Town of Midland)
Barrie, ONT. -

The Town of Midland is adding more murals to its growing collection, highlighting its commitment to protecting pollinators and pollinator-friendly habitats.

Known as a bee city and combining its reputation as a mural community, the town commissioned two bee city murals.

"We are proud to be a bee city and to feature our community's commitment to protecting pollinators through these beautiful new murals," said Mayor Stewart Strathearn in a press release. "Midland is known as a mural community and it's wonderful to unveil this new mural that the community helped create."

The first mural was unveiled on Wednesday in David Onley Park.

It was created by artist Shandelle McCurdie and community members who helped paint the mural.

According to the release, McCurdie's design concept allowed all ages and artist levels to participate in the project.

The second bee city mural will be installed in Little Lake Park in the spring of 2022 and is an intergenerational endeavour between residents of Georgian Village, King Place and local high school students.

The town received financial support from the County of Simcoe to help with some of the costs associated with the project.