A class action lawsuit has been launched against the town of Collingwood because of coyotes.

The suit alleges the town hasn’t done enough to keep residents and pets safe from the wily predators.

The town has posted numerous signs in parks and trails telling residents what to do if they see a coyote, but Collingwood resident Jeff Brown says it’s not enough.

“Posting signs is one thing,” says Brown. “But we’ve gotten to a stage where they (coyotes) need to be removed, they are dangerous, and they’ve attacked pets.”

The class-action lists numerous incidents over the past year when coyotes have killed or injured pets.

Brown is seeking $500,000 in punitive damages, as well as an order to remove the coyotes. 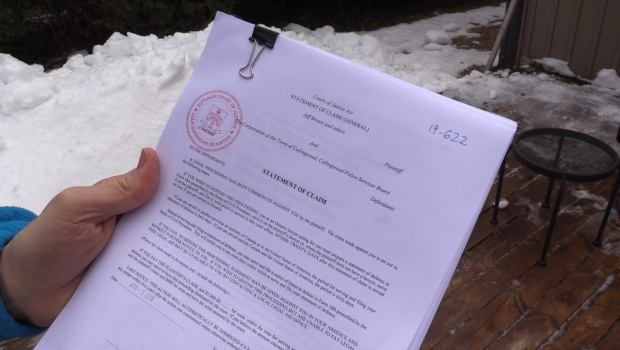 “Coyote extermination was not an option, and you can only move a coyote 1km so [relocation] was also not an option,” he explains. “We are one of the few municipalities in the province that has a coyote policy.”

The courts have not certified the lawsuit, but Brown has posted the document online so the public can review it. The mayor says it will be up to the town lawyers to handle it once the town is served.