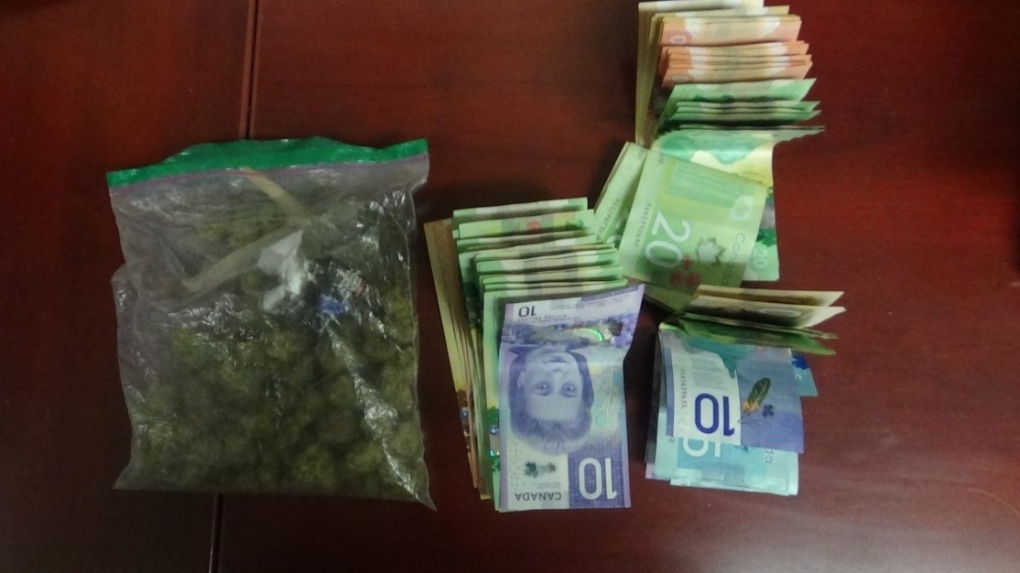 Police say an officer pulled the vehicle over in the highway's southbound lanes near Gryffin Lodge Road.

Officers allegedly seized 39 grams of cannabis from the car, along with $4,300 in cash, which they say was "tied to the sale of cannabis."

Police say the driver was failing to comply with his release order on another unrelated matter by being outside of his residence without his surety.

Police charged the 36-year-old Toronto man with possessing property obtained by crime under $5,000, failing to comply with a release order, and possessing over 30 grams of cannabis in a public place.

The accused was held for a bail hearing.

A federal judge Wednesday sentenced Jerry Harris, a former star of the Netflix documentary series 'Cheer,' to 12 years in prison for coercing teenage boys to send him obscene photos and videos of themselves and soliciting sex from minors at cheerleading competitions.