A powerful weather system made its way through Simcoe Muskoka and surrounding areas on Tuesday evening, at one point prompting Environment Canada to issue a tornado watch for the area which has since ended.

Environment Canada said a line of severe thunderstorms was expected to move east across the regions, adding "this is a dangerous and potentially life-threatening situation."

"Conditions are favourable for the development of severe thunderstorms, which may produce tornadoes," the weather agency stated on its website.

Several areas across central Ontario were warned they could see large hail, strong wind gusts of 120km/h, heavy rainfall that could amount to 50 millimetres in an hour, and frequent "cloud to ground lightning."

As the storm is expected through the night, the weather agency recommends taking cover immediately if threatening weather approaches.

Ping pong-sized hail rained down in Carling, Ont., just north of Parry Sound. Tiffany HazelBerry said her son, Baylun, plans to store them in the freezer as a keepsake. 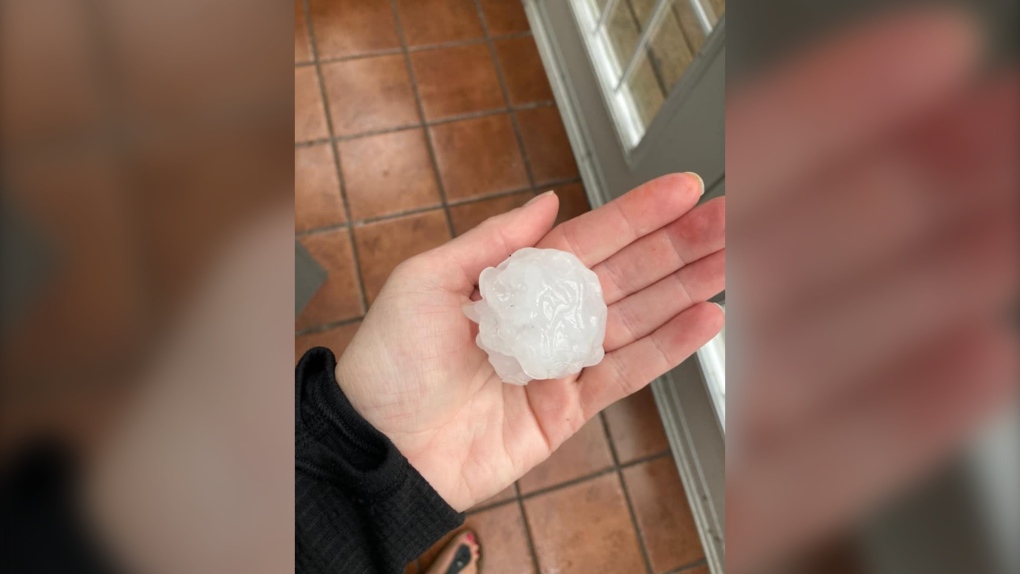