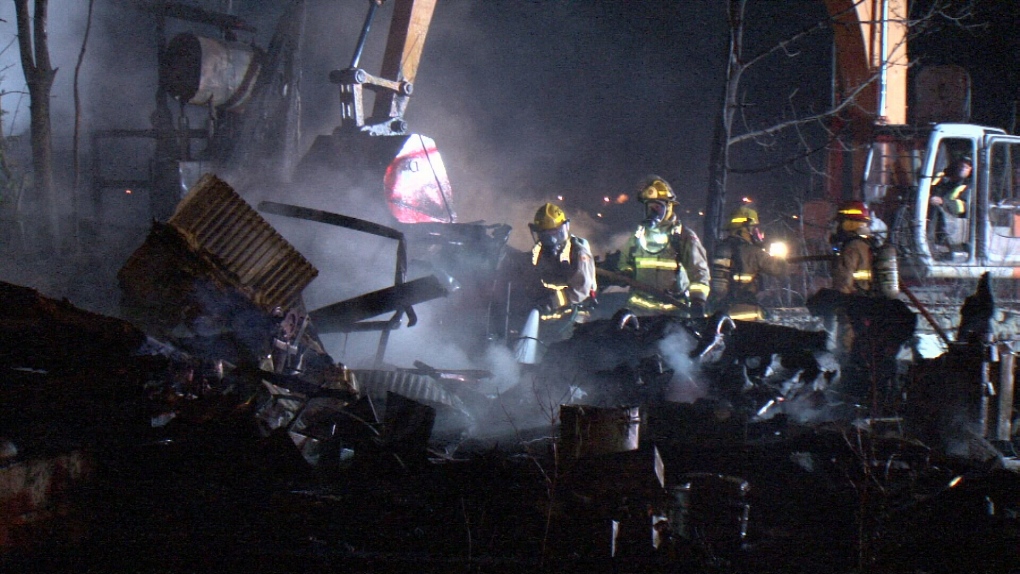 Fire destroyed a building at an abandoned marina in Port McNicoll, Ont. on May 12th, 2017 (CTV Barrie).

Three youths have been charged for allegedly setting fire to an abandoned marina in Port McNicoll.

Fire crews responded to the property owned by Skyline International shortly after 7:30 p.m. on Friday. The fire started in an outbuilding and spread to a workshop, which stored old boats.

Some of the materials in the building included old oils and gasolines. No one was injured, but the building was destroyed.

Police have now arrested a 14-year-old and two 12-year-olds. They have been charged with arson causing property damage.

They will appear in court on June 7.