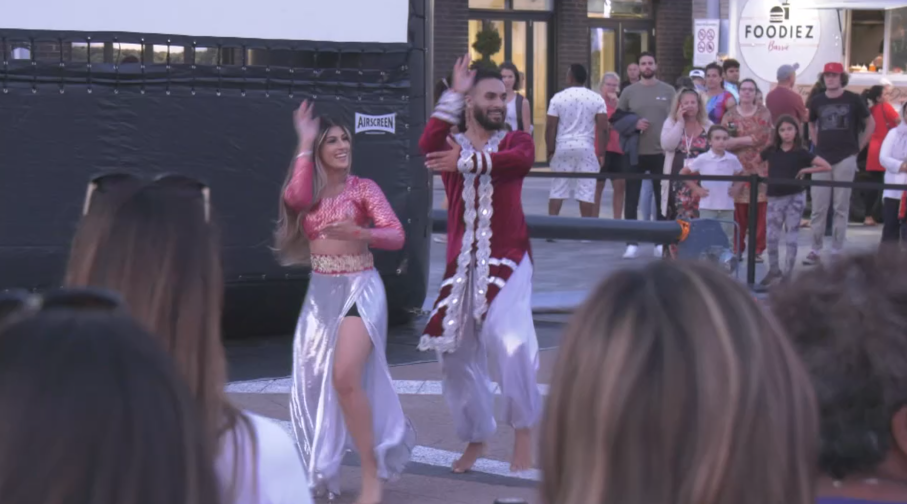 There was strong support for cultural diversity in Innisfil Saturday night as an inaugural three-part festival concluded in Innisfil on Sat. Sept. 10, 2022 (Chris Garry/CTV News Barrie)

There was strong support for cultural diversity in Innisfil Saturday night as an inaugural three-part festival concluded.

The Ethnic Mosaic Alliance is a not-for-profit group based in Simcoe County that works towards promoting and celebrating different cultures throughout the area. The group started its first-ever Mosaic Night Festival this year, with the third and final installment happening tonight.

Saturday's event was held at Friday Harbour Resort in Innisfil and was held in partnership with the South Asian Association of Simcoe County. There was a Bollywood theme with music, movies and food helping participants celebrate South Asian cultural staples.

"It's incredibly important, I think to peak curiosity, and I think that's the first step to achieving inclusion and diversity in a community," says Sergio Navarretta, a board member for the group. "In Simcoe County, I think this is a great way to bring the community out, bring people together."

The first two installments of the festival were held in Barrie and Bradford, respectively. The group is working towards its goal of bringing a new multicultural to Simcoe County by 2027.

A spokesman for the chair of an all-party parliamentary group says it is "carefully" reviewing how it handles events with outside events after a newspaper publisher accused of holding antisemitic views took part in a recent gathering.

A mass shooting survivor and spokeswoman for gun-control group PolySeSouvient says it is 'incredibly disrespectful' for firearm rights advocates to invoke the group's name in a merchandise sale discount code.

U.S. prosecutors on Thursday asked a judge to dismiss bank fraud and other charges against Meng Wanzhou, the chief financial officer of China's Huawei Technologies whose 2018 arrest strained relations between the U.S. and China.

Twitter has suspended rapper Ye after he tweeted a picture of a swastika merged with the Star of David.

The deaths of four University of Idaho students nearly three weeks ago have riled up thousands of would-be armchair sleuths, many of whom are posting speculation and unfounded rumors about the fatal stabbings online.

After 300 hours of testimony, 9,000 exhibits and a few major revelations, the public portion of on investigation into the first-ever use of the Emergencies Act ended Friday with a deep dive into questions about government accountability and transparency.

Hockey Canada says there were more than 900 documented or alleged incidents of on-ice discrimination -- verbal taunts, insults and intimidation -- across all levels and age groups during the 2021-22 season.