Thousands in fake money, imitation gun seized during a police raid in Orillia 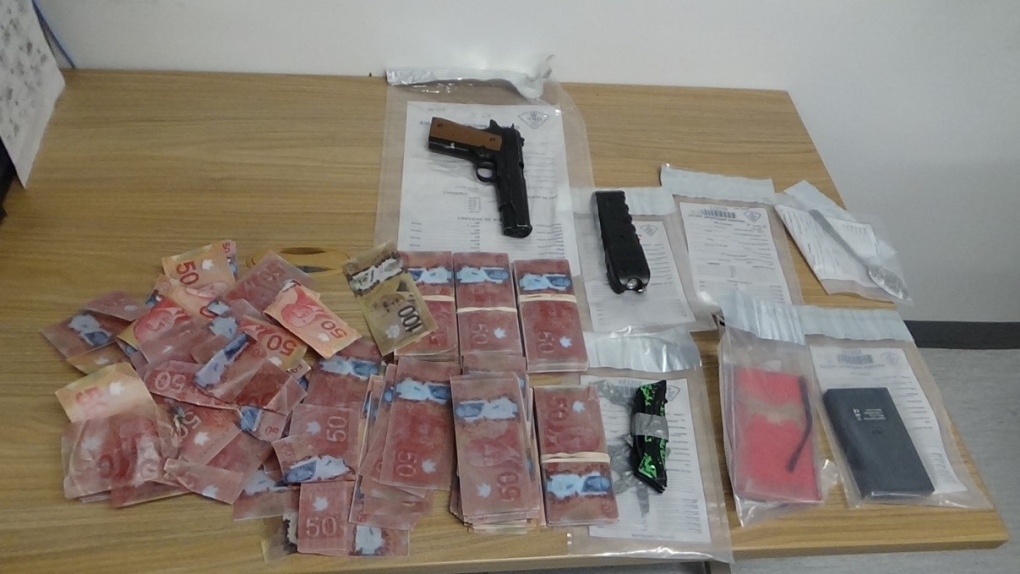 Thousands in counterfeit currency along with weapons police seized while executing a warrant at an Orillia home on April 9, 2021

BARRIE -- Thousands of dollars in fake currency and several weapons are now off the streets after police raided a home in the City of Orillia last week.

According to police, several units executed a search warrant at an Isabella Drive residence at 6 a.m. on April 9.

After a search of the home, police say officers seized an undisclosed amount of cocaine, $25,000 in counterfeit Canadian currency, as well as a "conductive energy weapon, a prohibited knife, and an imitation handgun."

Police arrested and charged a 46-year-old man and a 26-year-old woman, both from Orillia. The accused have been released  and have a court date scheduled in an Orillia court on June 15.