A portion of a Thornton facility is boarded up after a car crashed into the building earlier this week.

While there were people in the building, no one was seriously injured when the vehicle slammed through The Queens Health Centre on Barrie Street (County Road 27) on Tuesday evening. 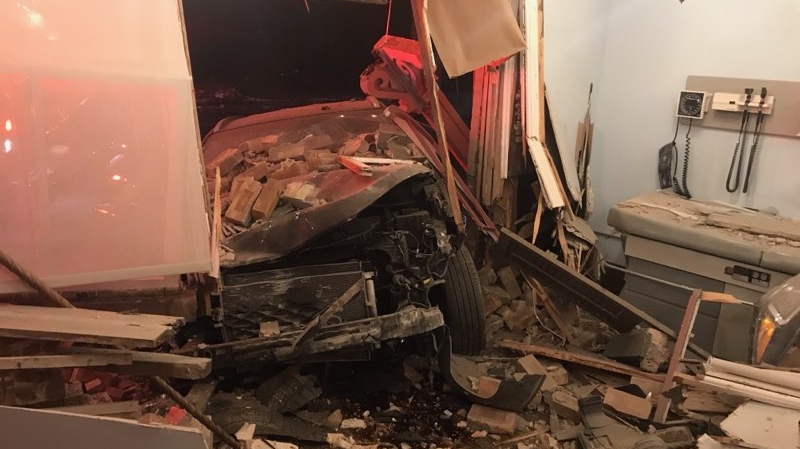 Fire officials said the driver had a medical emergency and ran a traffic light before the crash.

The damage forced the business to close to be assessed. 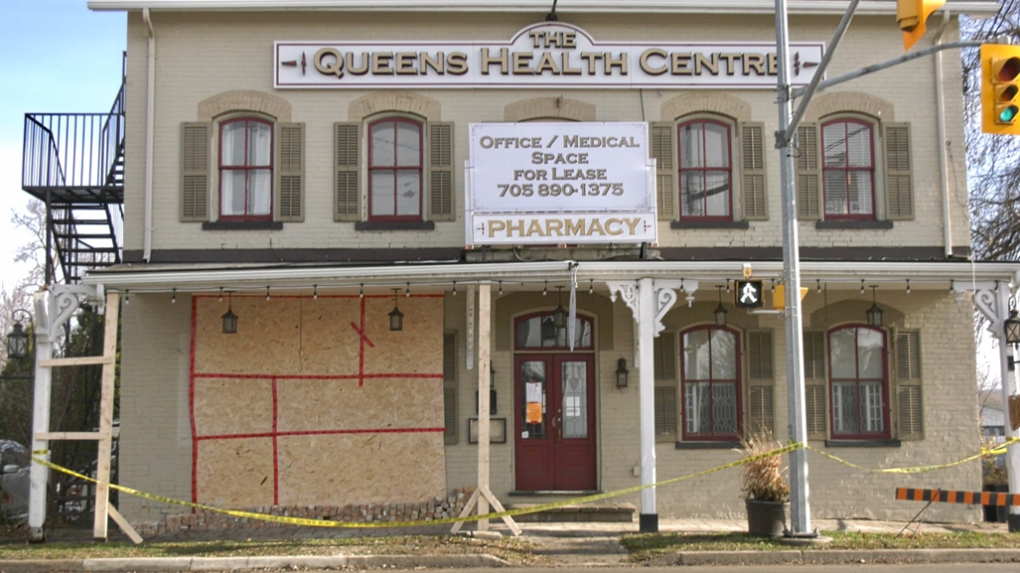 A section of a medical building in Thronton, Ont. is boarded up on Thurs., Nov. 24, 2022.after a car crashed through it. (CTV News/Steve Mansbridge)

A chief building official said the structural integrity was "mostly maintained" because of the old-style construction but would still need to be checked by a professional engineer.

The township said it hopes the disruption to the community is minimal.