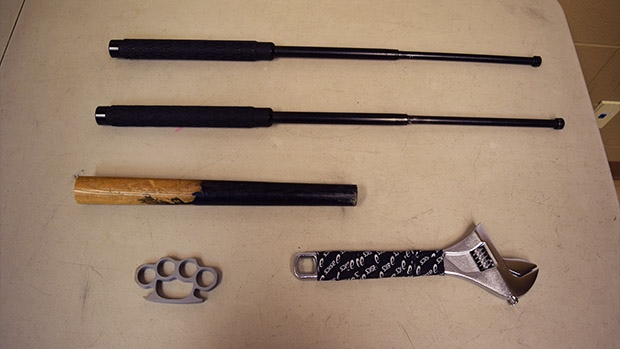 BARRIE, ONT. -- Five boys face assault and weapons charges after police say they attacked a group of teenagers at a basketball court with batons and pepper spray in Bradford.

South Simcoe Police officers were called to the Alan Kuzmich Park in the West Park Avenue and Aishford Road area on Tuesday around the dinner hour for reports of a large fight.

They say the suspects, ranging in age from 14 to 17, ran into a nearby forest where officers arrested them.

Police say the accused were all released into their parent's custody with future court dates.

Their identities are protected under the Youth Criminal Justice Act.

South Simcoe Police are appealing for information on this incident. Anyone who witnessed the fight or has cell phone video or images is urged to contact Const. Jonathan Day at 905-775-3311, 705-436-2141, extension 1432 or Crime Stoppers.

Alternatively, home surveillance footage or images can be uploaded directly to the evidence portal for investigators.