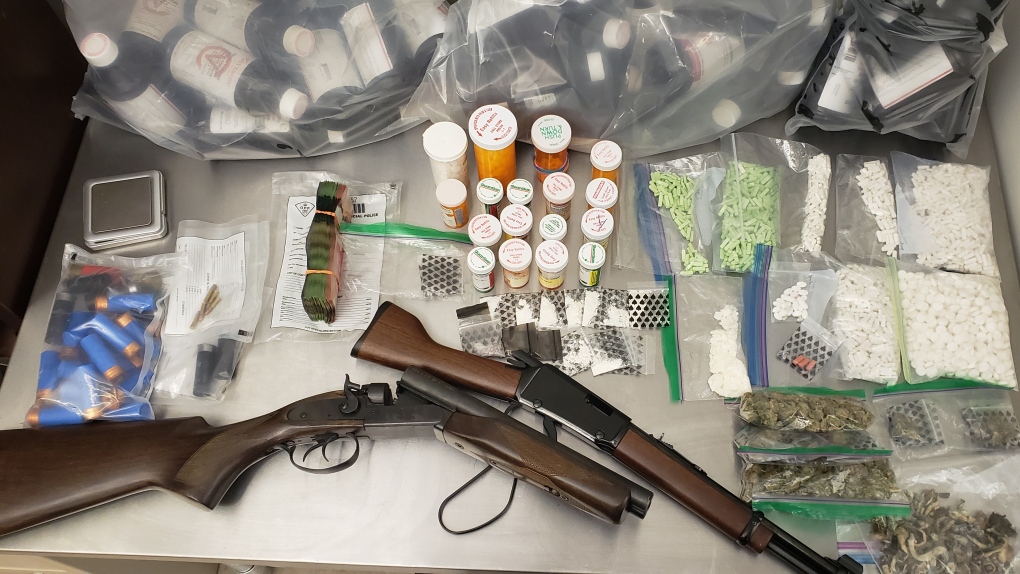 A large quantity of drugs, cash and two firearms are displayed after a police raid in Angus on Thurs., Aug. 15, 2019 (OPP)

A teenager is facing several weapons and drug-related charges following a search warrant in Angus.

They say they also confiscated thousands of dollars in Canadian cash.

Police say two loaded firearms that were illegally purchased were also found in the search.

The teen, who cannot be named under the youth criminal justice act, is being held for a bail hearing.