Tackling the spread of fear over coronavirus locally 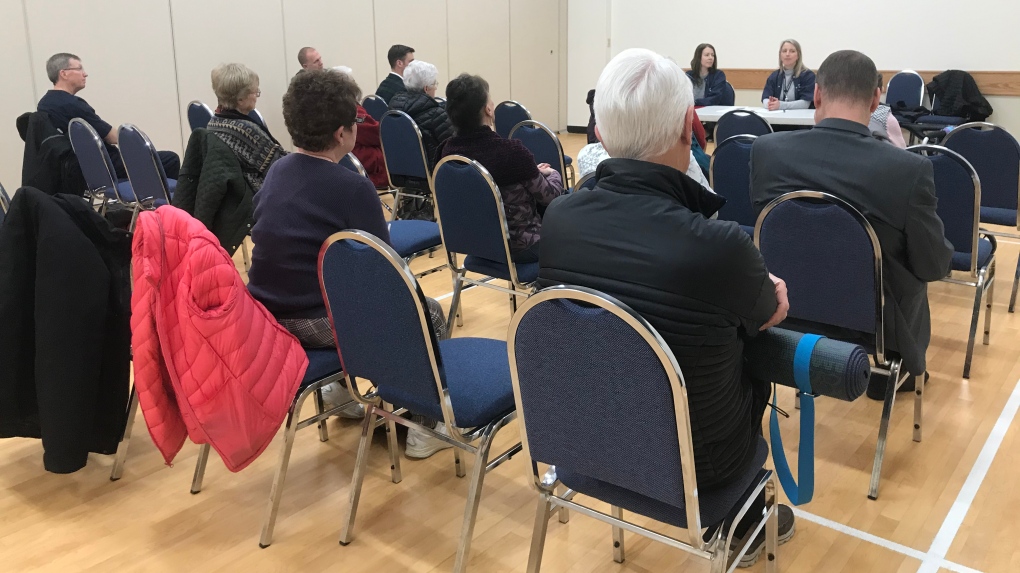 A meeting was held at the Newmarket Seniors' Meeting Place to address concerns over the coronavirus on Fri., Mar. 6, 2020. (CTV News)

BARRIE -- Health officials spent the day on Friday at the Newmarket Seniors' Meeting Place to address concerns after an active member was identified as having the COVID-19 virus.

The woman, who is in her 70s, attended the seniors' centre after returning from a trip to Egypt, seemingly unaware she had contracted the virus. Ten days later, she went into self-isolation. She is the sixth confirmed case in York Region to date.

Nurses with York Region Public Health were on hand today to answer questions and concerns and to teach what measures can be taken to prevent contracting COVID-19.

Newmarket Mayor John Taylor reassured those who attended that they are taking every precaution to ensure the safety of everyone.

In Simcoe County. Associate Medical Officer of Health, Dr. Colin Lee, said that as the virus spreads, there could be closures, including schools.

"I think the population and the public should expect the possibility of cancelling mass gathering of events."

The health unit sent a letter home with students in the Simcoe County District School Board advising them to take precautions, such as staying home if not well and practicing frequent handwashing.

The letter also asked parents to check the travel advisories issued by the Government of Canada before leaving the country.