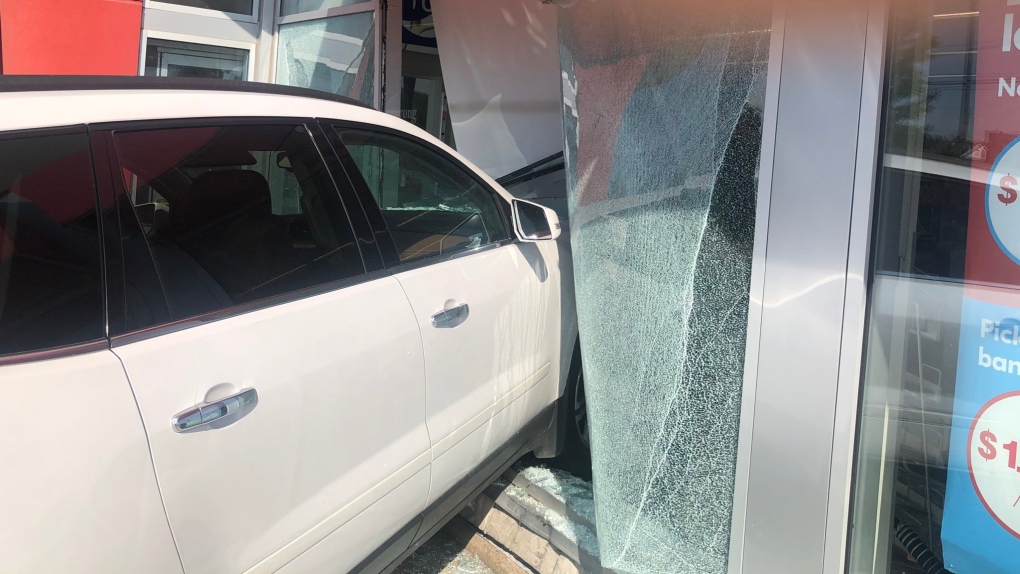 A white Chevy Traverse smashes through a window exterior wall at a Shoppers Drug Mart on Broadway in Orangeville, Ont. on Fri. July 23, 2021. (OPP/Twitter)

Provincial police are investigating a collision after an SUV rammed through a Shoppers Drug Mart in Orangeville late Friday morning.

The Chevy Traverse crashed through the front windows of the drug store on Broadway, causing significant damage.

They also say the driver was not impaired.

Police are looking into what caused the driver to crash.

OPINION | Pamela Palmater: What does the election result mean for Indigenous women and girls?

With a minority government heading back to Ottawa following an election that barely touched on Indigenous issues, there are things the Liberals can do with cooperation from the other parties to address historic and ongoing genocide, Mi'kmaw lawyer Pamela Palmater writes in an exclusive column for CTVNews.ca.