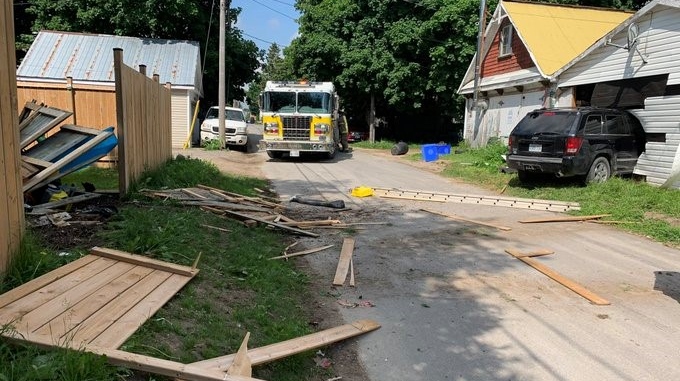 BARRIE, ONT. -- An SUV rammed through several wooden fences before crashing into a garage in Shelburne, Ont., Wednesday morning, according to Dufferin OPP.

The 62-year-old driver was assessed at the scene by paramedics and wasn’t injured.

OPP say drugs or alcohol were not involved.

It is unclear if the homeowners were inside when the driver went through their garage, but police did confirm there were no injuries reported.