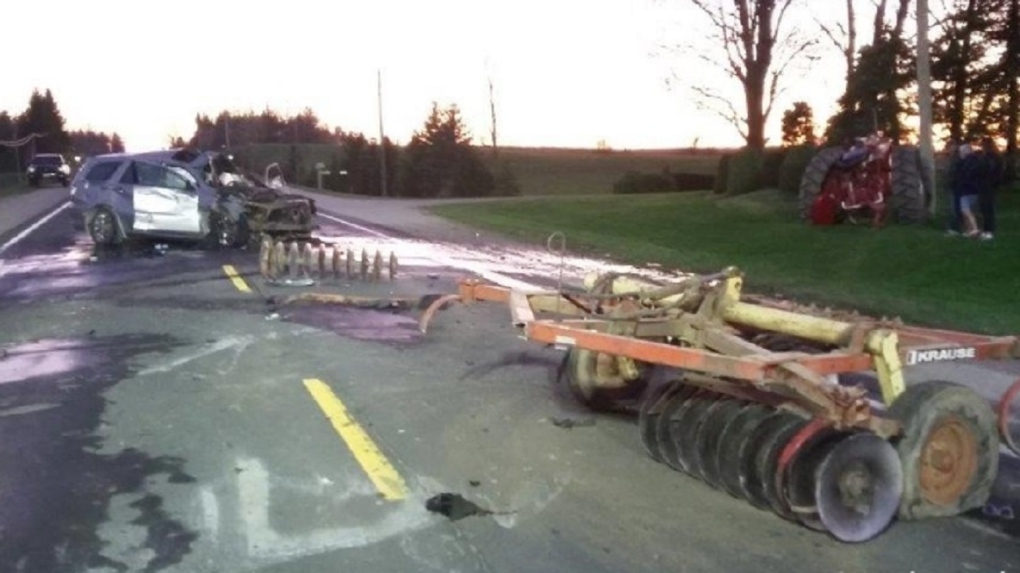 BARRIE -- Four people were taken to the hospital after a collision involving a tractor and SUV west of Owen Sound.

Highway 21 was closed for about an hour on Wednesday night because of the crash.

Provincial police arrived to find a heavily damaged SUV in the middle of the highway.

Police say the driver of the SUV rear-ended the farm tractor while it was towing a farm implement.

No charges have been laid at this point.

The four people who were taken to the hospital all had minor injuries.