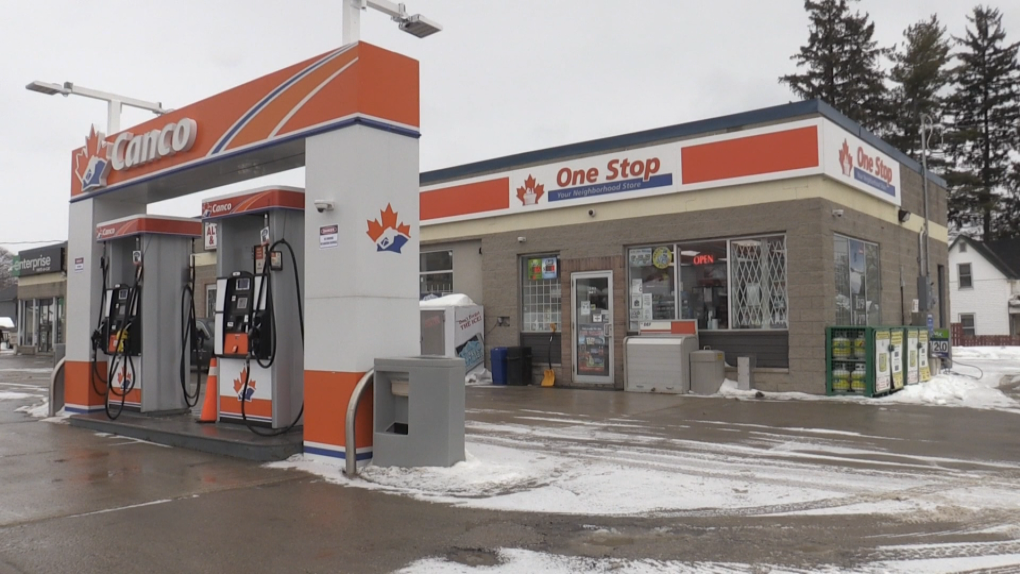 BARRIE, ONT. -- Provincial police are on the hunt for a suspect accused of an armed robbery at a Collingwood gas station Monday evening.

According to police, a masked man armed with what appeared to be a firearm demanded cash from an employee at the Canco Gas Station on Hume Street.

Police say the employee handed over an undisclosed amount of money, and the suspect took off before officers arrived.

Several officers, plus the OPP K9 unit, searched for the suspect but turned up empty.

He is described as a white man, wearing a plaid jacket with a black hoody, camo pants and black boots.

Anyone with information is urged to contact investigators at the Collingwood/The Blue Mountains OPP or leave an anonymous tip with Crime Stoppers.