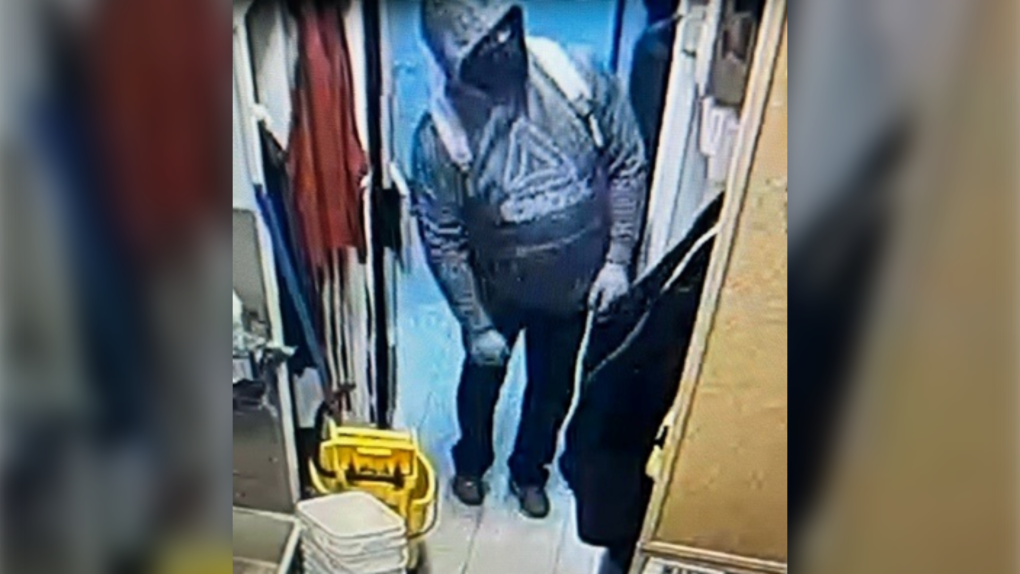 Police released surveillance video images of a man accused of breaking into a Tim Hortons in Stayner, Ont., on Nov. 17, 2022. (OPP Handout)

Officers with the Huronia West OPP detachment are investigating a break-in at a Tim Hortons in Clearview Township.

Police say the coffee shop on Highway 26 in Stayner was broken into around 1 a.m. on Thurs., Nov. 17.

They say the suspect stole a "large sum of money."

He is described as a "large stature" man wearing a grey Reebok hoodie, dark pants, grey or black shoes with red laces, a black balaclava, and a light grey backpack.

They ask anyone with information to contact the OPP or Crime Stoppers.