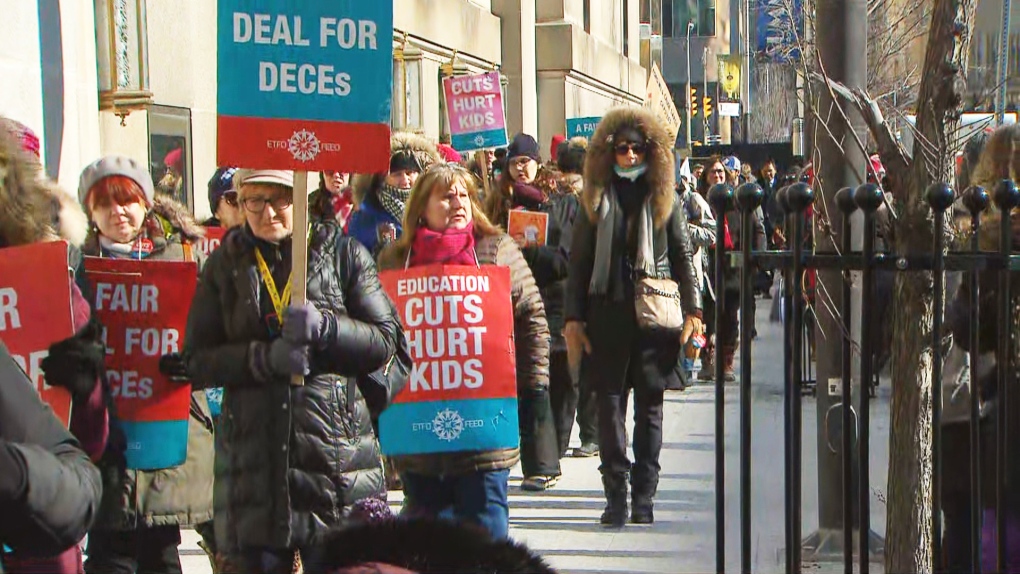 Teachers are seen protesting outside a downtown hotel where education minister Stephen Lecce is speaking on Wednesday. (CTV News Toronto)

BARRIE -- As Ontario's teachers' unions prepare to hold a province-wide one-day strike next week, a new poll shows the public has started to pick sides.

The poll also found most would be less likely to vote for the PC party in the next election because of the handling of the education dispute.

If no deal is reached by Fri., Feb. 21, nearly 200,000 teachers and education workers will walk off the job, leaving nearly two-million students out of the classroom.

All four of Ontario's major teachers' unions have been without a contract since last August. They are holding strikes to protest what they describe as unreasonable proposals and education cuts from the government.

- With files from The Canadian Press