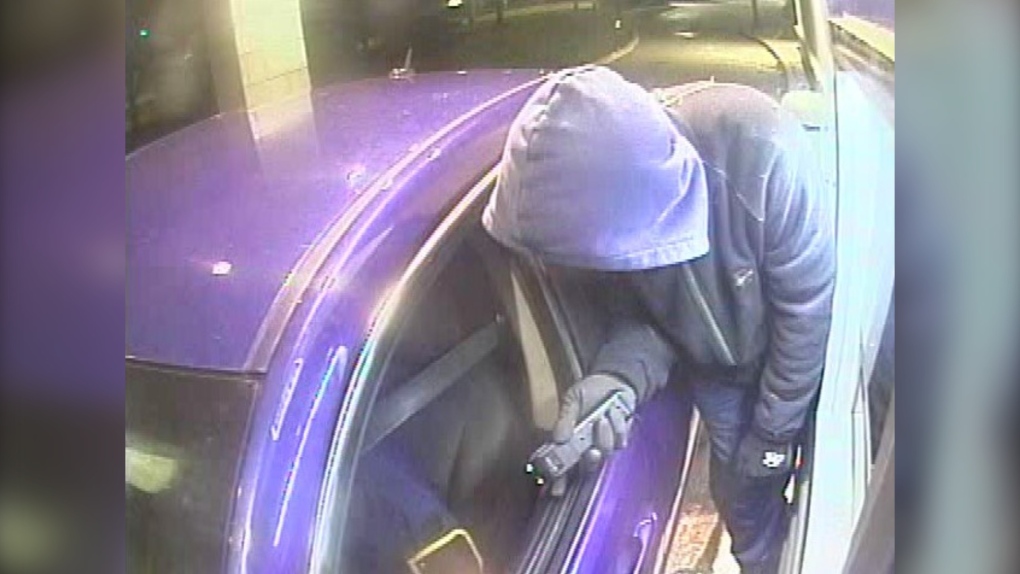 Orillia OPP released this image of a suspect wanted in connection with an armed robbery in Orillia, Ont., on Mon., Oct. 26, 2020.

BARRIE, ONT. -- Orillia OPP is investigating two separate robberies at ATMs where a stun gun was used to demand cash.

On Sunday, police say a suspect robbed a person at a Coboconk bank ATM of $300, armed with the stun gun and then ran from the scene.

The following day, police say a man approached another victim at a drive-thru ATM on Monarch Drive in Orillia. They say he also brandished a stun gun and demanded cash.

Police say the victim drove off, leaving the bank card in the machine.

They say the suspect made several failed attempts to withdraw money before taking off.

The K9 unit tried to track him but was unsuccessful.

It is not clear if the same suspect is responsible for both crimes.

The investigation continues. Police ask anyone with information to contact them or Crime Stoppers.

Robbery with a CEW (Taser) at an ATM on Monarch Dr #CityofOrillia at 6:15am Monday morning. If anyone recognizes the suspect or has knowledge of this crime, please contact #OrilliaOPP at 1-888-310-1122 or Crime Stoppers at 1-800-222-8477 (TIPS) @CrimeSDM ^td pic.twitter.com/ECbfgeSsVz