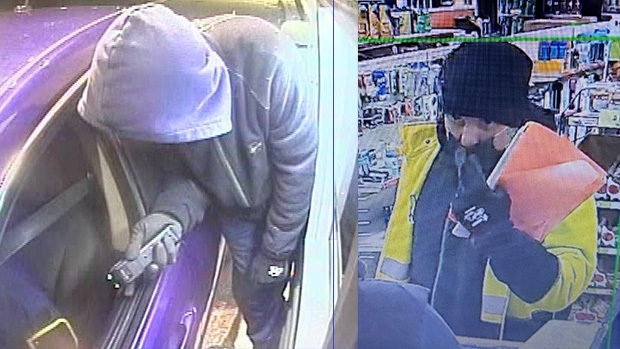 BARRIE, ONT. -- A man accused of four robberies in Gravenhurst and Orillia is in police custody.

Police arrested the suspect on Friday morning on Highway 12 near Concession 10 in Ramara Township.

They say Orillia OPP and York Regional Police had "identified the male earlier in the day and were actively searching for him at the time."

The man is suspected of robbing a victim of $300 at a drive-thru ATM in Orillia on Sunday armed with a stun gun.

Police say the following morning, the same man tried to rob another drive-thru ATM patron, again with a stun gun, but was unsuccessful.

There is no word on charges. The OPP is continuing its investigation.