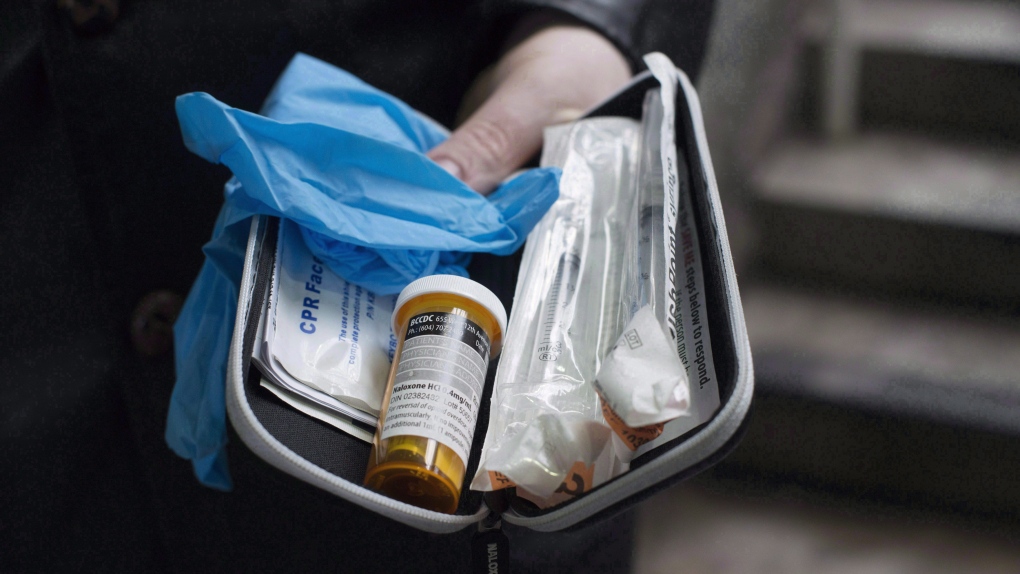 BARRIE, ONT. -- A quick-thinking police officer is credited with saving a man's life after the man went into medical distress following a two-vehicle collision in Innisfil.

Police say no one was injured in the crash that happened in the Saint Johns Road and 7th Line area Saturday night.

However, according to South Simcoe Police, one of the drivers suffered an overdose after being arrested.

They say the officer quickly administered naloxone to reverse the overdose's effects, and paramedics took him to the hospital, where he was listed in stable condition.

Police charged the 33-year-old Innisfil man with impaired driving by drugs. His licence was suspended for 90 days, and his vehicle was impounded for seven days.

Naloxone is a potentially life-saving medication used to counteract the effects of an opioid overdose.