Snowmobiler, 19, airlifted in serious condition after collision with minivan 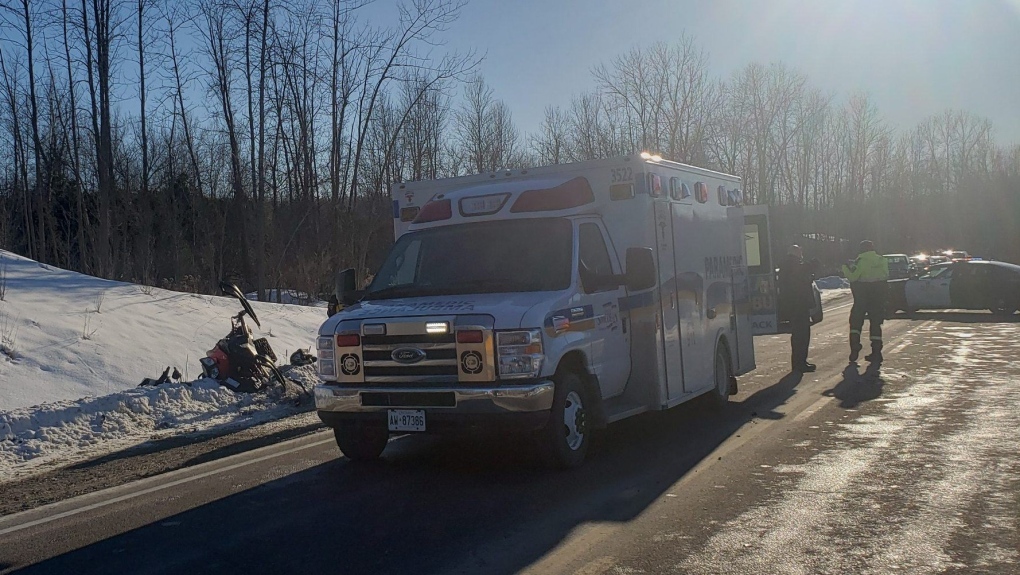 Simcoe County Paramedics and members of the OPP attend Highway 12 near Triple Bay Road in Tay Township for a snowmobile vs. minivan collision on Wed., Feb. 3, 2021 (OPP/Twitter)

BARRIE, ONT. -- A 19-year-old Tay Township man was airlifted with serious injuries after the snowmobile he was riding was hit by a minivan in the Port McNicoll area.

According to the OPP, the rider was travelling along the Ontario Federation of Snowmobile Clubs (OFSC) C trail and was struck when he attempted to cross the 'Hole in the Wall' on Highway 12 east of Triple Bay Road in Tay Township Wednesday afternoon.

Police say Simcoe County paramedics rushed him to Georgian Bay General Hospital in Midland, and he was then taken to a Toronto hospital by Ornge air ambulance.

There is no word at this time on any charges.

The area was closed for a time for the police investigation. It has since reopened.

The collision remains under investigation.