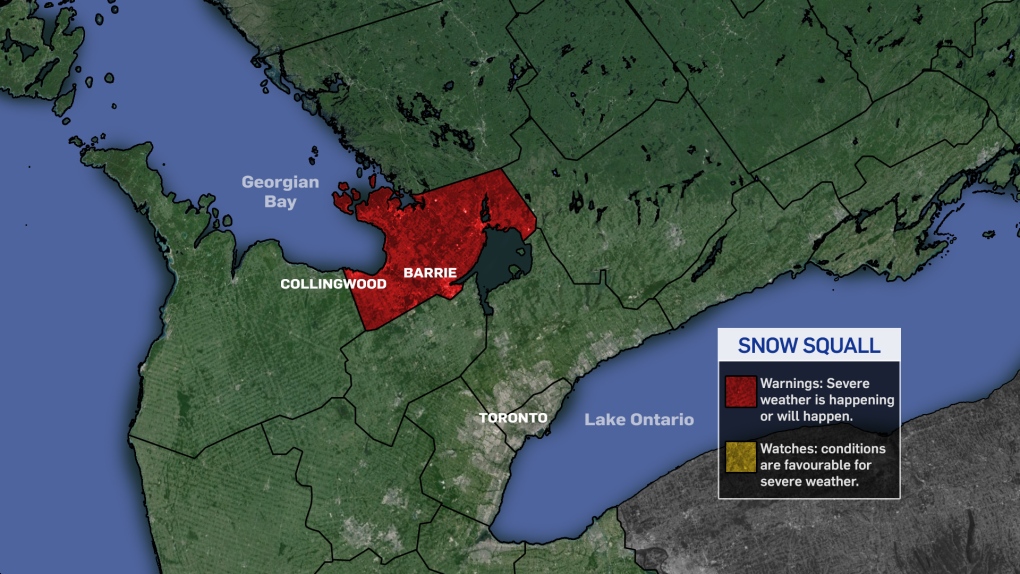 Environment Canada has issued a snow squall warning for parts of Central Ontario.

The national weather agency says visibility is expected to be poor to nil in some areas and has issued the warning for the following regions:

According to Envirnoment Canada, lake effect flurries and snow squalls continue to the southeast of Georgian Bay. Radar imagery shows the strongest snow band extending from just north of Wasaga Beach southeastward through Phelpston, crossing Highway 400 to the north of Barrie and continuing southeastward toward Oro Station and Lake Simcoe.