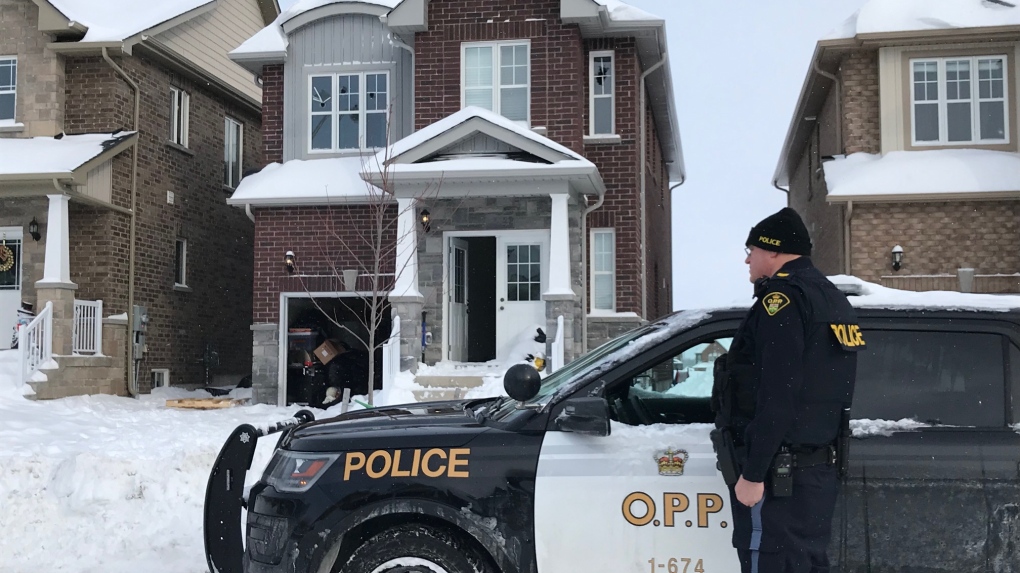 Police investigate an incident at a home on Annalysse Drive in Orillia on Sat., Jan. 18, 2020. (Chris Garry/CTV News)

BARRIE -- Ontario's watchdog is investigating an incident that happened in Orillia over the weekend that left a man with serious injuries.

The Special Investigation's Unit tells CTV Barrie that a 31-year-old man was in distress at a home on Annalysse Drive in the city's west end.

Officers arrived around 2 p.m. and spoke with the man who had barricaded himself inside the house. Nearly eight hours later, the SIU says the man came out with serious injuries. He was taken to a local hospital and then transferred to Sunnybrook Health Sciences Centre.

The extent of his injuries is unknown.

When CTV News crews arrived, there were holes broken through several windows around the house.

The SIU invoked their mandate and took over the investigation. At this time, they have been unavailable for comment on the matter.