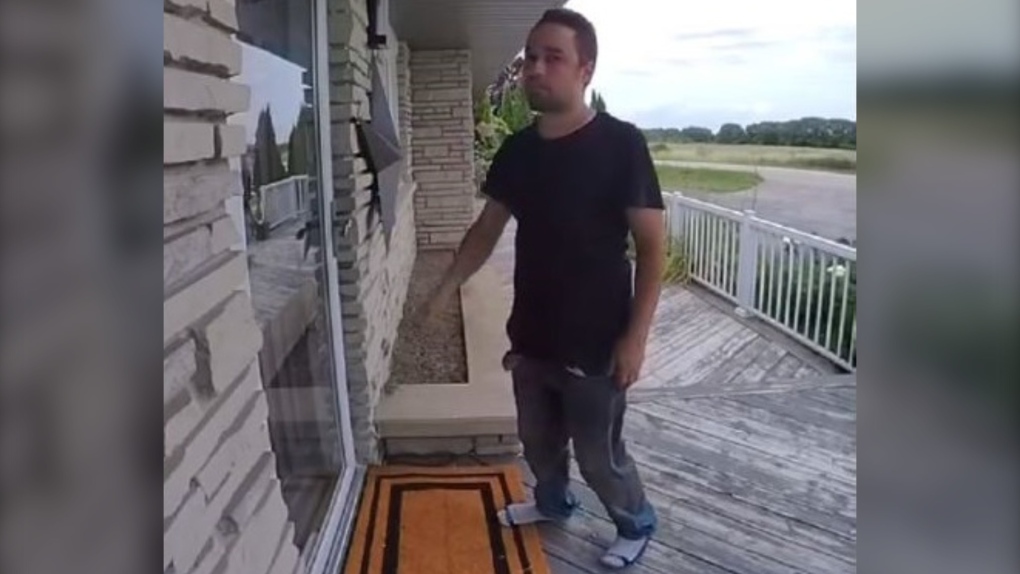 Police released an image of a man accused of breaking into a home in Innisfil, Ont., on Aug. 4, 2022. (Supplied)

Police say a shoeless suspect broke into an Innisfil house earlier this month while the homeowners were away.

The incident happened at a home in the area of 2nd Line and 20th Sideroad.

South Simcoe officers hope to identify the accused, whose image was captured on the home's surveillance camera on Aug. 2 around 5:20 p.m.

Police say the suspect took off running when the alarm system sounded.

After supporting shelter operations in Atlantic Canada for the first week following Fiona, the Canadian Red Cross is shifting its efforts to a new task: helping the provinces distribute emergency funds.

Mere months after a judge handed down a verdict in the Johnny Depp-Amber Heard defamation trial, the courtroom drama has been adapted into a film by streaming service Tubi called 'Hot Take: The Depp/Heard Trial.'

Orlene grew to hurricane strength Saturday and is heading for an expected landfall early next week on Mexico's northwestern Pacific coast.