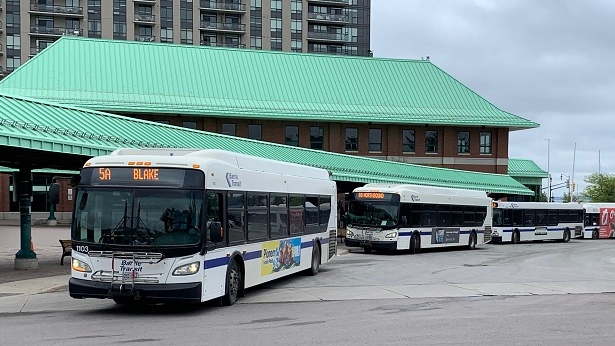 BARRIE -- The City of Barrie has confirmed another staff member has tested positive for COVID-19, bringing the total number of cases to seven, just days after a workplace outbreak was declared.

A spokesperson for the city says they "learned of a new case this morning (Monday)," but adds the four most recent cases are not linked to the first three cases involving drivers.

The health unit declared the workplace outbreak on Thursday after believing there could be a link between two cases.

Barrie Transit continues to operate as scheduled, and the city says buses are cleaned and sanitized twice daily.