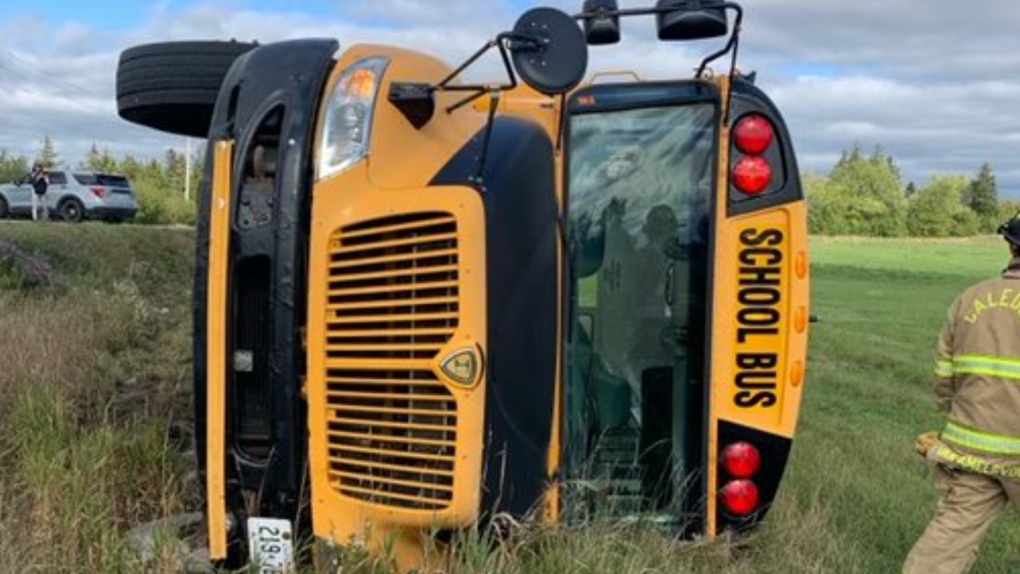 Police charged a school bus driver after a single-vehicle collision caused the bus to flip onto its side in Caledon.

Three high school students were on the bus heading home Thursday afternoon when the crash happened on Healey Road east of Centreville Creek.

Police say no one was seriously injured.

The area was closed temporarily on Thursday for the bus to be removed.

Police did not say what school the students attended.

The 45-year-old bus driver was charged with careless driving.