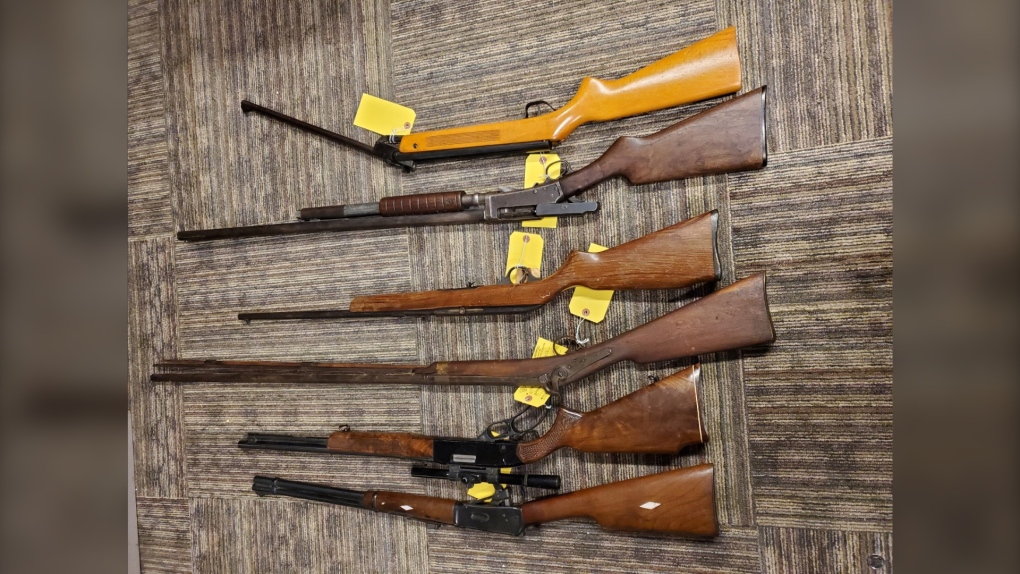 Five rifles and a shotgun police say were seized while executing a search warrant at a home in Clearview Township on Sunday. (Courtesy OPP)

BARRIE -- Several rifles and a shotgun were seized as police executed a search warrant at a home in Clearview Township.

Members of the Huronia West and Collingwood Street Crime Units executed the warrant on Charles Street around 5 p.m. on Sunday.

According to police, one man was arrested and is now facing several charges, including possession of proceeds of crime over $5000 as well as drug trafficking charges.

Police say the accused is also wanted on outstanding warrants and has been turned over to the Toronto Police.