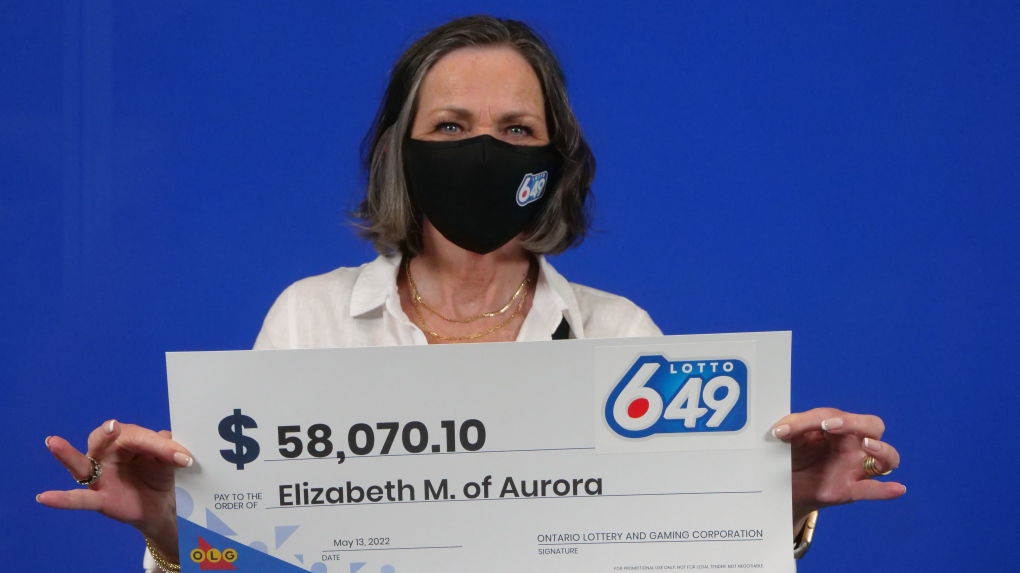 A retired Aurora woman says she will be mortgage-free after winning with Lotto 6/49.

Elizabeth MacGillivray won the second prize worth $58,070.10 in the April 6 draw.

The retired financial worker said she has played the lottery regularly for decades and picked up the pace over the past two years.

"I never win anything!" she said while picking up her cheque at the OLG Prize Centre in Toronto.

MacGillivray said she found out she won while checking her ticket at a store and "thought it was crazy."

She said she went home to share the news with her husband, who was "happy."

MacGillivray plans to pay off her mortgage with her winnings.

She purchased her winning ticket at Circle K on Wellington Street in Aurora.

'We are patriots': Ukrainians cling to life at front line against Russia

While towns and villages around the capital of Kyiv have begun to rebuild after the Russians withdrew months ago and world powers discuss long-term recovery, others in eastern Ukraine still cannot sleep soundly.

U.K.'s Boris Johnson defiant even as dozens of officials quit

British Prime Minister Boris Johnson has rejected clamors for his resignation from his Cabinet and across the Conservative Party, digging in his heels Thursday even as dozens of officials quit and previously loyal allies urged him to go after yet another scandal engulfed his leadership.

Jailed American basketball star Brittney Griner returns to a Russian court on Thursday amid a growing chorus of calls for Washington to do more to secure her release nearly five months after she was arrested on drug charges.