Ramara mom of 10 wins over $75,000 with favourite lottery numbers 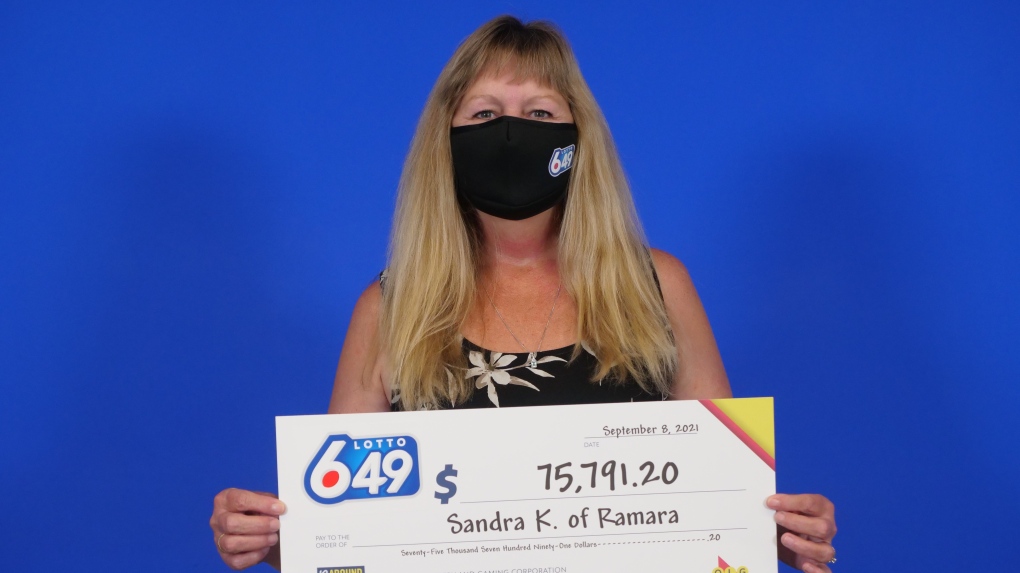 Sandra Kaspar says she has played the same numbers for the last two years. "I replay the numbers each week, and the numbers are made up of my birthday, my husband's birthday and our wedding date."

The 59-year-old says she checked her ticket at the Rama General Store on Rama Road, where she bought it and started shaking when she saw how much she had won.

"I ran out to my car, called my husband, then ran back into the store to check the ticket again. I was in disbelief," Kaspar says.

She says her husband was also in disbelief. "At first, my husband thought I was joking with him. He did not believe me, but he quickly realized I was serious and was so happy for me."

The Ramara woman plans to top off her retirement fun and share some of her windfall with her children.

"I am speechless. I still can't believe this," she finishes.