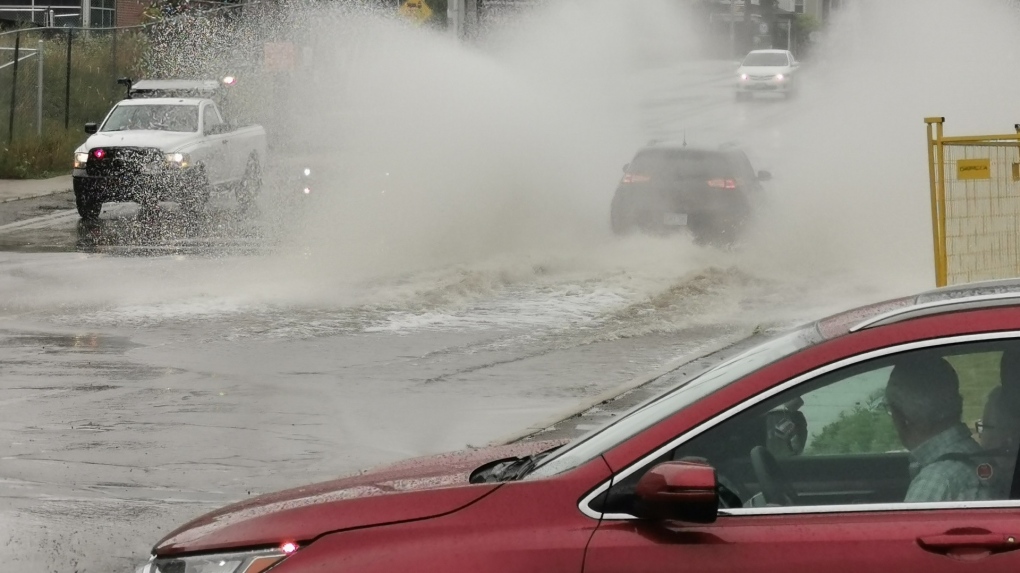 BARRIE, ONT. -- Simcoe County and cottage country remain under a rainfall warning and severe thunderstorm watch Sunday after heavy rain and storms moved through the region.

Environment Canada cautions localized rainfall could hit 75 mm with most areas expected to see between 40 and 60 mm into Sunday evening.

By mid-morning Sunday, visibility was poor along Hwy 400, and there was pooling of water on some local roads.

The morning rainfall appears to have knocked out power to more than 5,300 homes and businesses in the area of Essa Rd and Ferndale Rd S. Alectra Utilities says a tree branch falling on power lines on Dunlop St W was responsible.

Alectra initially warned restoring power could take until 4 p.m., but the lights were back on by 11:30 a.m.

A tornado watch was issued for cottage country Sunday afternoon but was cancelled though thousands of customers also lost power.

There is the potential for more showers in the forecast for holiday Monday.