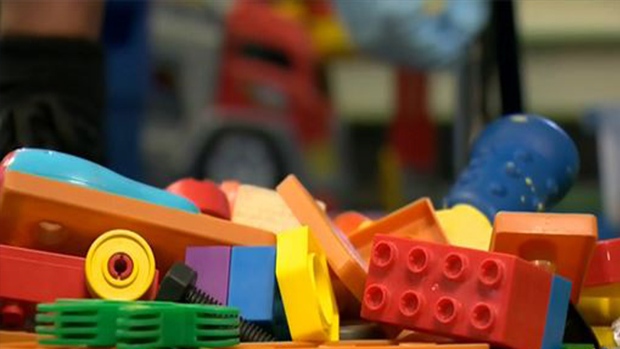 Hundreds of affordable child-care spaces in Toronto could be put at risk next year due to funding cuts made by the provincial government, says a new report released by the city on Tuesday.

Recent changes to a child-care expansion fund will result in a reduction of $15 million -- or as many as 760 affordable child-care spaces -- as of Jan. 1, the report found.

The province used to pay 100 per cent of the cost of for affordable child-care spaces in the city but the Progressive Conservative government has said it will transition next year to an 80-20 cost-sharing arrangement with municipalities.

Toronto Coun. Joe Cressy said the changes will make child care costs in the city -- already among the highest in Canada -- even less affordable for many parents.

"Kids who need subsidies to go to child care are going to be without subsidies and parents who are already on a waiting list for new child-care centres are going to have to wait longer if these cuts proceed," he said.

The report notes that the reduction would result in a return to subsidy levels established prior to 2018 of approximately 29,940 child-care spots across the city. About 17,000 families are currently on the city wait list for subsidized child care.

Child-care advocates are calling on the provincial government to reverse the cuts and restore full funding.

Jane Mercer, of the Toronto Coalition for Better Child Care, called the cuts "devastating" and said they will impact families who are already struggling with the high cost of living.

"Child care is exorbitantly expensive, we don't have anywhere near enough subsidies," she said.

Toronto Mayor John Tory said in a statement Tuesday that the city and province are discussing the funding cuts.

"I continue to be concerned about the impact of provincial funding changes on programs that our residents rely on," he said. "I intend to continue to work on this in order to ensure there is affordable child care in our city to help families."

Education Minister Stephen Lecce said in a statement the province has invested over $500 million dollars in child care in Toronto in 2019.

NDP child-care critic Doly Begum said the Toronto report is not surprising and municipalities across the province are currently accessing the impact of cuts on their 2020 budgets.

"Rather than creating more space and making it more affordable we're seeing the government make cuts," she said. "What we heard today from the City of Toronto is just another example of what's coming for ... other cities and other areas as well."

The report comes as the City of Toronto begins work on its operating budget for the next fiscal year.

The Tory government announced earlier this year it was changing cost-sharing arrangements with municipalities for child care and public health in a bid to trim a $7.4 billion deficit.