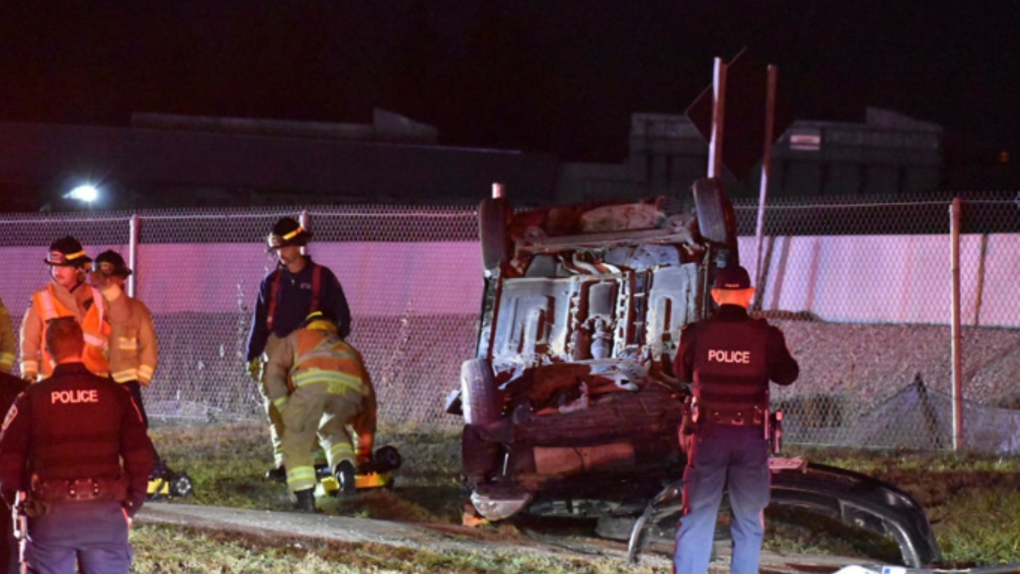 Police arrested two drivers accused of being impaired after two "preventable" collisions in Barrie on Sunday.

Police say a 22-year-old Orillia man struck a parked car, reversed into another vehicle and nearly struck a pedestrian fleeing the scene in the early morning hours.

While speaking with witnesses, officers spotted the vehicle in the Chase McEachern Way and Bayfield Street area and managed to stop it safely and take the driver into custody.

The Orillia man is charged with impaired operation, being an adult operator (over 80mgs), and dangerous driving.

Later that night, police say a driver lost control of a vehicle, struck a utility pole, and flipped the car onto its roof.

The driver took off and was arrested a short time later.

Police say both drivers were uninjured.

Two RCMP officers are accused of manslaughter in the 2017 death of an Indigenous man in Prince George, B.C., prosecutors announced Wednesday.