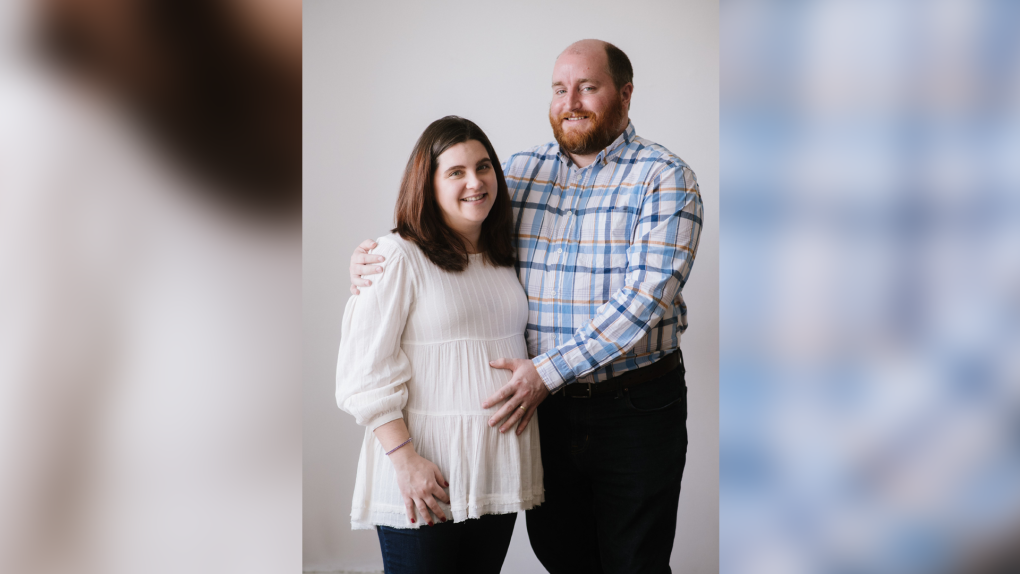 BARRIE -- A Wasaga Beach man and his pregnant wife were nearly stranded until help arrived.

John Laforet says he and his wife, Lindsay, 35-weeks pregnant, were travelling home from Barrie Thursday afternoon when they realized all roads home were closed due to the snowstorm.

“The conditions were so bad coming in from Elmvale, and we just pulled over at the Elmvale Esso to try and figure out what to do and realized there really wasn’t anything to do. There was nowhere to go,” he said.

Laforet, with his wife in pain and discomfort, sensed panic setting in.

“She’s 35-weeks pregnant with our first child, normally a very exciting thing, but faced with the prospect of sleeping in your car at a gas station about 5-kilometres from home a completely terrifying situation,” Laforet added.

At 6 p.m., Laforet called the OPP non-emergency line for suggestions to get home safely.

“They advised us at that time the municipality had pulled their plows from the roads, and they would be closed for the foreseeable future…after, I think the fourth phone call; they agreed that they would get us some help.”

Laforet and other drivers who had pulled over in the gas station parking lot eventually led a caravan home to Wasaga Beach once a plow cleared a path for the vehicles.

“The road has been closed before but not all roads, so this was truly an all-roads-in and all-roads-out situation closed if you’re trying to get to Barrie or Orillia,” said Laforet.

“We’re okay now, my wife is resting, and all now is good.”

Laforet wants to communicate with the municipality to develop a contingency plan in the future.

“The biggest concern I have is how a municipality can close all the roads in despite the weather and not fight to keep an access road open and not think it’s an emergency situation.”

“I understand we can’t control the weather, but we can control how we collectively respond to it,” he added.