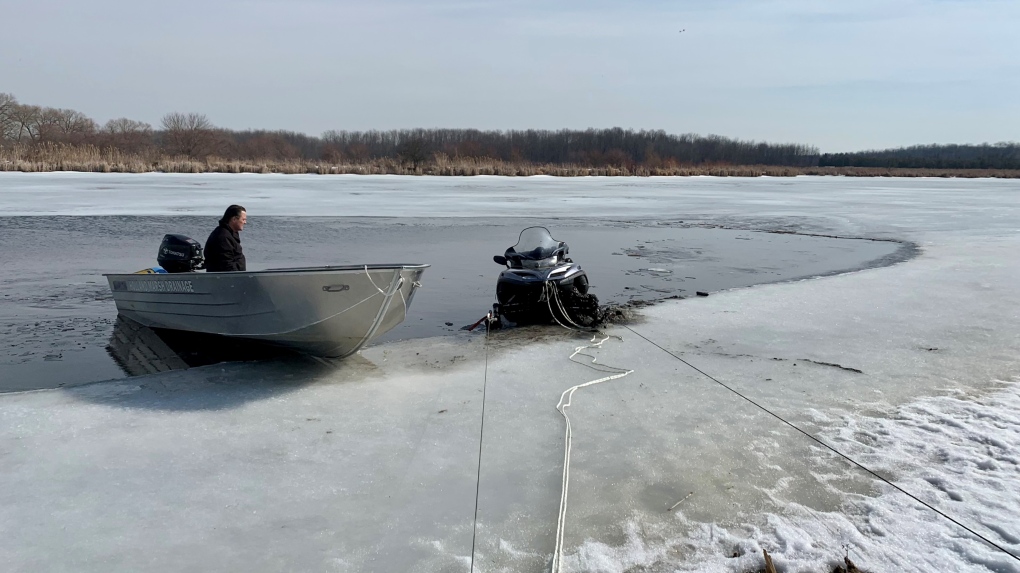 A snowmobile that went through the ice on the Holland River in Bradford, Ont. is removed from the water on Wed. March 10, 2021 (Supplied)

BARRIE, ONT. -- For the second time in a week, police responded to a report of a vehicle through the ice on the Holland River in Bradford.

On Tuesday, officers were called after a snowmobile was spotted floating in the river in the Bridge Street and Dissette area. Police say there was no sign of a rider.

Police could not get close to the snowmobile due to the danger of melting ice.

Officers worked with the Holland Marsh Drainage Committee to access the sled and tow it out using ATVs on Wednesday.

Police located the owner, who was unharmed.

Last week, police were called to Pumphouse Road for two ATVs that went through the ice.

Officers learned that the ATV drivers got out of the water safely and left the scene. The drivers returned a short time after and were unharmed.